Arena to think out of the box 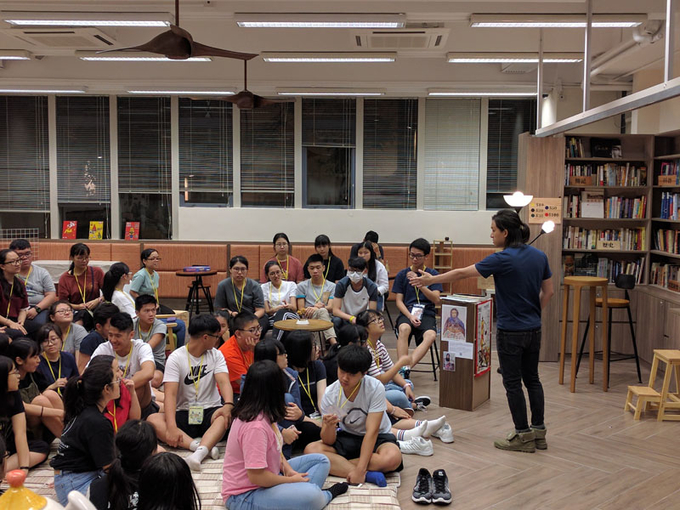 “This new project responds to the needs of liberal studies in secondary education, encouraging students to think autonomously and guiding them to analyse different issues.  Furthermore, we have designed an original game ‘Arena for Critical Thinking’ in order to make the workshop more enjoyable,” said Pui-hing, who is the tutor of the workshop.  The team has prepared a series of social issues, on which the participants will be divided into two groups with opposing standpoints.  These two rival groups have to argue for their designated standpoints in order to score and win the competition.  To make it more amusing and challenging, Pui-hing and his teammates have added interesting “props” including iron hammer, horn and cloak.  These “props” serve special functions during the debate and allow students to act like real warriors in an arena.

Although the project is still in its initial stage, these passionate Lingnan students filled with serving spirit have already launched the learning workshop in two secondary schools.  “To my surprise, not only have the secondary students actively engaged in discussions, but they also brought up outstanding ideas close to those from renowned philosophers.  For instance, on the topic of ‘Distributive Justice’ where we discussed how social resources should be wisely allocated, they took the distribution of sweets as an analogy to contemplate the idea of justice.  They were able to take different factors like individual indulgence and health condition into account to achieve the best distributive outcome,” recalled Pui-hing.  He was fascinated by secondary students’ interesting perspectives.

It is not easy to organise a game which fits the level of secondary education.  The team has to take different aspects into consideration, such as students’ level of understanding and interest in the issues as well as sensitivity of controversial cases, all of which affect the overall atmosphere and participation in the discussion.  “We have to be aware of the potential influence on students’ sentiment, especially on relatively sensitive topics like death.  We will listen to the advice and concern of the teachers-in-charge and let them choose topics which they think are the most suitable,” said Pui-hing.

“Due to the examination-oriented education system, secondary education may tend to focus on examination skills.  However, we hope to encourage students to think and learn autonomously and present their well-organised ideas.  As the workshop tutor, my role is to guide students to discuss and help them consolidate their thoughts and arguments, instead of directly telling them different standpoints,” explained Pui-hing.  Through inductive reasoning, students can reflect on the issues from different perspectives and hence familiarise themselves with the topics and build up their thinking and presentation skills gradually.

As a philosophy major, Pui-hing is keen on bringing insights on critical thinking to secondary studies.  “In secondary education, it is inevitable that autonomous learning, importance of thinking and many youth-related issues are sometimes neglected.  In spite of this, I hope this project can let students have a taste of the fun and joy brought by thinking, encouraging them to develop a sense of rationality,” he said.  The project is not just a one-off interaction but followed by free-of-charge advanced philosophy courses for secondary students to be hosted by doctorate students in philosophy in the pipeline of late 2018. 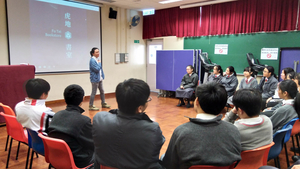 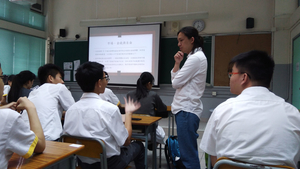