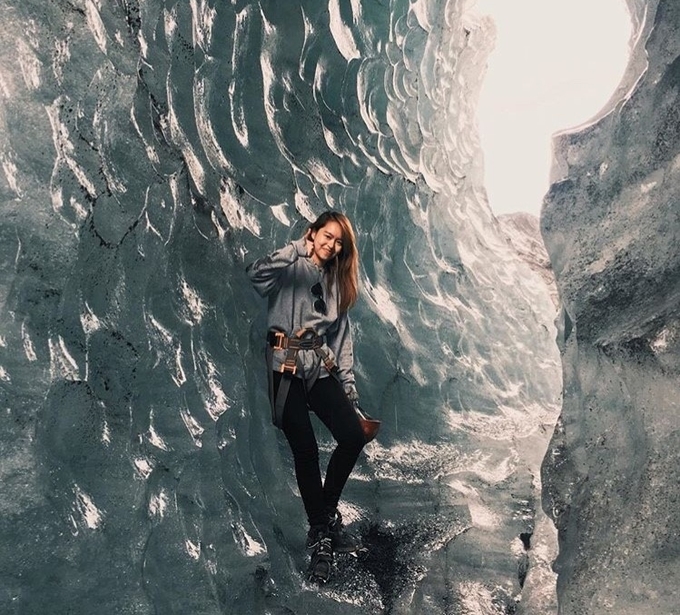 Nelson Mandela, the former President of South Africa eminent for being an anti-apartheid revolutionist, once said, “It always seems impossible until it’s done.”  Recipient of this year’s The Most Distinguished Student of the University Award Twinkie Wong Tsing-sum (Psychology Year 4) proved the quote with her four years of diligent work.  What has Twinkie done to earn her such a prestigious honour before graduation?

To Twinkie, failure means much more than a discouraging moment, especially the one she experienced in 2014 when she received “no offer” at the Joint University Programmes Admissions System (JUPAS).  “Little did I know these two words would mark the turning point in my life,” she said.  Slightly distracted from her secondary studies, Twinkie failed to achieve satisfactory results at the HKDSE examination.  Her only option was to pursue an associate degree.  “After the first school day at the community college, I was thrilled to receive a phone call from Lingnan University and was overwhelmed with joy for being informed that there was a vacancy at the Bachelor of Social Sciences (Honours) programme.  From that day onwards, I promised myself that I would always endeavour to do my best in my academic studies,” she recalled.

“At first, it was difficult to get rid of bad habits in the past and adopt a positive learning attitude.  I was determined to transform myself and eventually all my hard work paid off,” said Twinkie, who thanked Lingnan’s broad-based curriculum for introducing her to the realm of psychology.  “The course ‘Introduction to Psychology’ was way too fascinating that prompted me to read through the whole textbook from which I learned a lot about human behaviours resembling mine,” she explained.  After two years’ foundation in social sciences, she has advanced to the major discipline of psychology.

Twinkie’s enthusiasm in psychology do not simply come from textbooks and lectures but also the opportunities to observe and get in touch with different people.  One of the projects that gave her profound insights was the occupational psychology research on sex workers.  “Our case studies on a number of sex workers shattered my perception on them.  Instead of being forced to work, some of the subjects actually enjoy the job because of the reasonable salary, flexible work time and supportive network between co-workers,” she explained.  However, what came to her attention was the prejudice and social stigma experienced by the workers, such as the difficulty to put forward a robbery case to the police officers.  “Sex work is work and deserves respect just like everyone else,” said Twinkie, who has adopted the humanistic mindset of liberal arts education.

Serving as a peer counsellor at Lingnan, Twinkie applies her knowledge in psychology to cultivate a caring culture on campus.  “I attended a training on mental health first aid, and also organised a promotion booth on campus to raise awareness on mental health,” she said.  Twinkie’s serving spirit is not confined to the Lingnan community.  She has reached out to volunteer at elderly care centres and the Castle Peak Hospital.  For her, the value of community services lies in the mutual happiness between the service targets and herself.  “Castle Peak Hospital is a boring place for patients because what they bring in are under strict scrutiny.  I go there every month to play games with them.  What gratifies me the most is to see their smiles that show tiny bits of joy.  The words from a patient particularly touched my heart.  She thanked us for visiting them and asked, “Will the hospital give you any remuneration for the time you spent with us?  The answer is of course ‘no’ but their care for us is already the best remuneration,” she pointed out.

“Many asked why I chose psychology.  I always say it was psychology that chose me.  Four years ago, it’s Lingnan that opened my eyes to social sciences, and of course psychology as well,” said Twinkie, acknowledging the opportunities that the University has given her, including her exchange experience at University of Leeds in the UK that has broadened her cultural horizon.  Aspired to become a clinical psychologist, there is no doubt that Twinkie will overcome all future challenges with her perseverance.