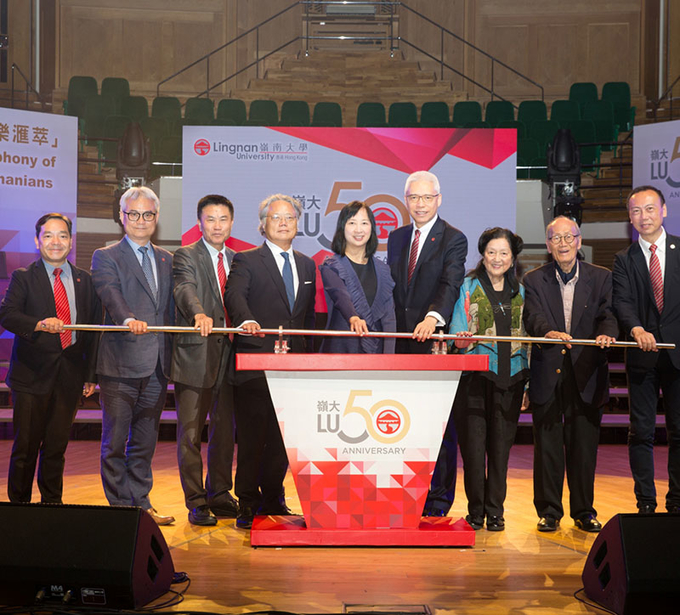 “Symphony of Lingnanians” – The Closing Ceremony of the 50th Anniversary of the Re-establishment of Lingnan University in Hong Kong was held on 2 October at the Concert Hall of the Hong Kong Cultural Centre.  More than one thousand guests, alumni, students, staff and friends of the University joined the ceremony to give a perfect conclusion to the golden jubilee celebration.

Mr Rex AUYEUNG Pak-Kuen reminded every Lingnanian that “the spirit of serving remained central to the evolving character of the University.  Through harnessing the potentials of our students and extending the frontiers of research, we never ceased to apply knowledge for the benefits of society.”  He also encouraged the University “to reach beyond our core role as an educational institution and bring an even greater impact on society.”

President Leonard K CHENG thanked all Lingnan’s stakeholders and friends who have participated in the series of celebratory events in the past year.  Furthermore, he expressed sincere gratitude to Dr LEE Shiu and Dr Jennie LEE MUI Yee-Ching, as well as special thanks to Vice-President Joshua MOK Ka-Ho for his leadership and dedication in making the year-long celebration a great success. 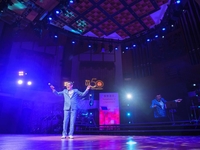