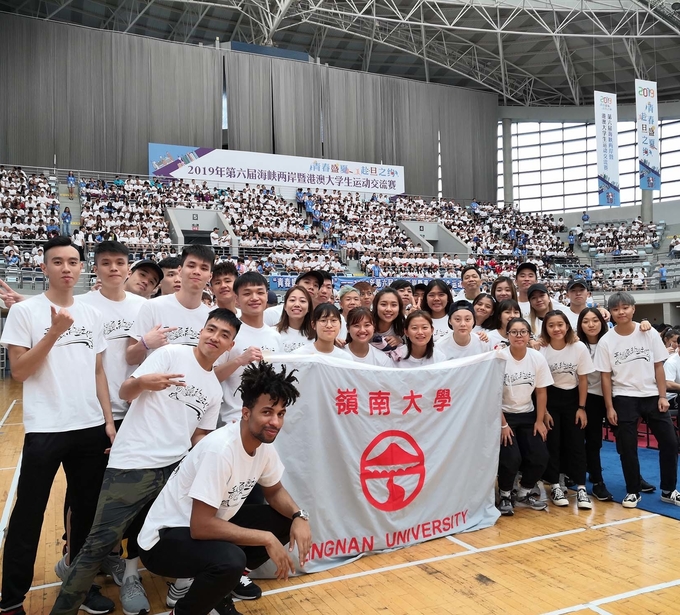 The Lingnan fighting spirit was heightened by the men’s football team being 1st runner-up. Having ranked second in the group after winning three matches and losing one in the preliminary round, the team was in the quarter-finals, where it outshone Fudan University and the University of Macau. In the final the team fought hard against University of Taipei and the final score was 0:1.

The men’s basketball team also did the University credit as 2nd runner-up after eight matches. It won five matches in the preliminary round, rising to the challenge in the final match against the rival teams with a strong Lingnan winning spirit, and was on the podium at the prize presentation ceremony.

In addition to this athletic exchange between different universities, all participants enjoyed striking up friendships with their counterparts from Mainland China, Taiwan and Macau.

Congratulations to the Lingnan sports teams for their determined efforts and outstanding achievements!