The memorial service for Mr Jiang Zemin, the late President of the People's Republic of China, will be held in the Great Hall of the People in Beijing at 10:00 am on Tuesday, 6 December 2022. 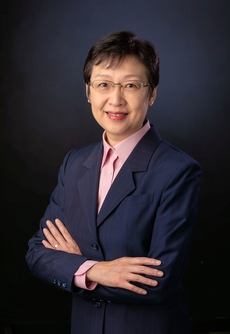 Professor Donghui Li has been a part of the Lingnan family for over 20 years since joining the University in 1995. She earned her B.A. from Peking University, and then taught in several universities in China and the United States before earning her MA and PhD degrees from the University of Wisconsin-Madison.

Since joining Lingnan University, Professor Li has taught in the Chinese Department and the Translation Department, and established the Chinese Language Education and Assessment Centre (CLEAC). She continues to direct the CLEAC while serving as Associate Vice President (Student Affairs).

In her many years in higher education, Professor Li has always focused primarily on students’ intellectual development, personal growth and their well-being.

In all her dealings with students she has placed special emphasis on improving their language proficiency. Her efforts in language education are reflected in the CLEAC’s national top prize winning textbook on Chinese communication, and her language testing expertise has won her many testing-related research grants, both national and local. She has received many awards for her devotion to students, including Lingnan’s Teaching Excellence Award and the Dr and Mrs James Tak Wu Outstanding Service Award.

While serving as Warden of one of the student hostels since it was originally opened in 1997, she has worked diligently on developing a community of student-scholars and hostel alumni committed to preserving the environment and helping ensure Hong Kong’s future.