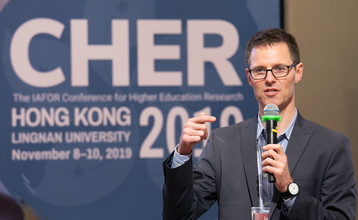 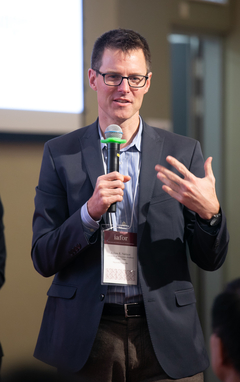 Lessons learned from the history of the expansion of US universities from 1945 to 1965 can cast light on the challenges faced by today’s universities, Adam R. Nelson, Professor of Education Policy Studies and History at the University of Wisconsin-Madison in the US, said at the CHER/ACLA Conference. Although state-funded higher education opportunities for US citizens grew quickly during the period, students protested about the curriculum and pedagogy, claiming they were being reduced to human capital for a corporate system they did not believe in.

Students wanted more than a training to do a job, and demanded an education which encouraged them to question the fundamental tenets of the society they inhabited, Nelson said in a keynote presentation called “Uncertain Futures of the Past: ‘Repurposing’ American Higher Education, 1945 to 1965.” The result was a confrontation between students and university authorities, and the birth of a new student ideology which championed free speech, political activism, and civil rights. The CHER/ACLA conference took place 8 November to 10 November at Lingnan University in Hong Kong.

Nelson said that the period from 1945 to 1965 sheds light on the advantages and disadvantages of rapid university development, which was intended to serve the corporate interests resulting from the economic growth in the US after World War II. The higher education system that was forged in the US became the envy of the world, but the structure of that system provoked such intense student backlash that it nearly fell apart. As the era progressed, the students became opposed to institutions that existed within US society, including the universities they attended. They were worried about industrialisation, they were worried about nuclear proliferation, and they were worried about environmental degradation. They regarded their universities as a source of the problems they were seeing in society, Nelson said.

Nelson focused his presentation on the expansion of universities in the state of California after the Second World War, when a free public education system featuring a Liberal Arts-based education was offered to US citizens. The California Master Plan for Higher Education of 1960 aimed to educate students to fill places in the burgeoning labour market, and California achieved one of the largest and best public education systems in the world. College degrees were deemed essential to get a job, and more people went to universities than ever before. The rapid massification of education put degrees in the hands of more students than ever before, but it also led to an increase in expectations.

Although education was free, students were deeply unhappy with the kind of education they were receiving from this vast new system. They said that the university system treated them like numbers rather than individuals. One sympathetic professor even compared the system to a prison, in which the students were to be “processed” while their individual freedoms were put “on probation”. Most undergraduate students at Ivy League universities like Stanford rarely met their professors, and their assignments were supervised by postgraduate research assistants who had received no pedagogical training. Undergraduates were ignored in a systemic manner in favour of research students. Faculties were not incentivised to care about undergraduate students.

Stanford and Berkeley students knew they could get a job when they graduated, but that was not their focus. They wanted a liberal education. They wanted to be creative and to be critical – they wanted to care. Instead, the universities in this his period gave them mass education for mass middle class employment, Nelson said. As students became more involved in the political causes of the time – anti-war, anti-nuclear proliferation, civil rights, anti-corporatisation, and anti-political repression – students agreed that the universities were part of the world’s problems and were not providing a solution to them. Students started calling for an education that addressed the issues that they cared about, and movements like the Students for a Democratic Society (SDS) were formed.

In response to the criticisms, Berkeley university said that politics and political debate would not be allowed on campus. This was the university’s first tactical mistake, said Nelson. As soon as universities banned political debate on campus, the students lost faith in the educational system. The students saw that the move to stifle political debate on campus conflicted with a Liberal Arts education, and they demanded the right to question university policies. They said that universities should welcome open debate, especially on campus. Tensions mounted over political speech on campus until 1964, when students led by Mario Savio organised demonstrations and sit-ins at Berkeley. They called on universities to stop thinking of students as human capital, and to start treating them as human beings.

“The movement showed that youth would rather die than become standardised, replaceable or irrelevant,” Nelson said. The students not only questioned the policies of universities, they drew conclusions and acted up on them, he said. History had not ended, they said, and they felt they could change the future for the better by taking control. The students hoped that the universities of the future could save them from a desperate fate – the fate of corporatisation, consumerism, and conformism. We should look to the past to see how lessons learnt can help universities face the challenge of an uncertain future today, Nelson said.