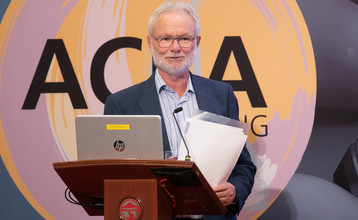 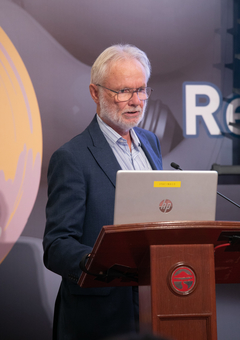 Graduate underemployment is set to rise in the future, and universities may need to stop looking at education as a means to prepare students for the workforce, and start to consider the alternative benefits of learning, Professor Francis Green, from the Institute of Education at University College London, said at the CHER/ACLA Conference. Furthermore, universities need to take note of the local employment market rather than international trends, as graduate underemployment varies from nation to nation, he said.

An oversupply of graduates, and new technologies like AI and robotics, may mean that those leaving university will not find graduate jobs in the future. Consequently, the universities of the future may have to worry less about preparing students for a career, and focus more on giving them a whole-person education, and fostering qualities like interpersonal skills, Prof Green said in his keynote speech “Graduate Employment and Underemployment.”  The CHER/ACLA conference took place 8 November to 10 November at Lingnan University in Hong Kong.

A graduate job can be defined as a job in which most of the skills used in the course of the work have been acquired during higher education. There are two valid approaches to defining a graduate job, Prof Green said. One is to observe the skills being used in the job – a task-based analysis – and another is to solicit direct reports from the job holders themselves, he said.

In the wake of the rapid massification of higher education that began in the 1990s, the medium-term future of skilled employment for graduates in the 21st century is now especially uncertain, Prof Green said. Some analysts have detected a new risk in the deceleration of the demand for high-skilled labour with the apparent maturity of information and communications technology (ICT).

The maturity of ICT may lead to a world in which managers are able to reorganise labour processes by means of Digital Taylorism (sometimes known as Scientific Management), thus deskilling graduate labour, except for a minority of elite graduates who have trained at elite globally oriented universities. Other analysts envisage a future in which work is dominated by AI, and worry about the consequent mass displacement of jobs.

In this context, the assumption that a large mass of graduates will attain graduate jobs is not valid in many countries. Over-education – or underemployment -- has become a worldwide issue, especially in the countries in which a rapid expansion in the number of graduates outpaced the needs of the labour market during the 1990s and 2000s. As far back as 2011, around one in three graduates of all ages were working in non-graduate jobs in OECD countries, Prof Green said.

The situation varies from country to country. Graduate underemployment in Greece, Slovakia and Ireland occurred because the proportion of graduate jobs fell or barely increased. Greece’s situation was influenced by the country’s deep economic crisis, Prof Green added. But the situation in Poland, Slovenia and Austria was due to the supply of tertiary graduates growing extremely quickly and getting ahead of demand. Although demand for graduates was growing in those countries, the supply of graduates grew so fast that vacancies in the labour force were quickly filled. The Czech Republic suffered on both counts -- it let the supply of graduates increase while the demand for graduate jobs was declining.

Generally speaking, the number of graduates will continue to rise in the future, Prof Green says, but it’s impossible to predict the demand for graduate jobs. Graduate wages are also hard to predict, but recent trends have been downward, and that looks set to continue.  Vocational skills will continue to be important, but universities should also start to focus on alternative benefits, like the intrinsic value of acquiring an education. It should be remembered that there are non-financial benefits to a tertiary education, Prof Green said.