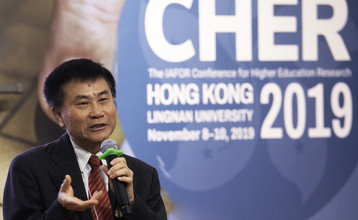 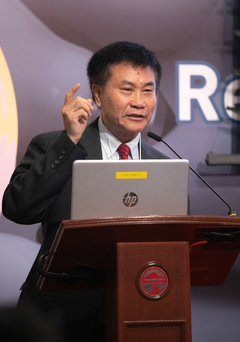 In his keynote presentation to the ACLA/CHER Conference 2019, titled "Boya Education in China: Lessons from Liberal Arts Education in the U.S. and Hong Kong ", Professor Leonard Cheng, President of Lingnan University, set out his analysis of the evolution and the value of Mainland China’s whole-person or ‘boya’ education (BYE). Professor Cheng described its similarities and differences to liberal arts education (LAE) in the West, the economic and social motivations for its introduction, and what needed to be done to ensure both BYE and LAE can have the greatest positive impact on students, societies, and economies.

BYE’s roots, he explained, can be traced back to ancient China’s ‘Six Arts’: propriety, music, archery, charioteering, writing, and mathematics. While the promotion of ‘suzhi’ (quality) education at all levels of China’s education system, not just in undergraduate programmes, began in 1999. The desirable traits suzhi education was attempting to instil include: independent thinking; a scientific spirit; creativity; innovativeness; problem solving,  communication and collaborative skills; and, entrepreneurship. Unfortunately, even up until recent years, the implementation of this approach has been judged to be relatively haphazard and incoherent.

Notwithstanding this, the type of broad-based humanistic and interdisciplinary education promoted in Western systems is seen as essential to the huge success of innovation-driven firms such as Apple and Google, Professor Cheng noted. Steve Jobs, the founder of Apple, was a liberal arts student and famously recognised the crucial importance of LAE to his company’s success. While Alibaba founder Jack Ma was once a secondary school English teacher. “Both of these gentlemen appreciated and understood the power and limitations of technology in solving different human problems,” Professor Cheng said.

In the US, the ‘essential learning outcomes’ of a 21st-century liberal education have been defined as: knowledge of human cultures and the physical and natural world; intellectual and practical skills; personal and social responsibility; and, integrative and applied learning. These outcomes would seem to be in line with the results of an in-house study at Google, which found that the highest-rated qualities in a successful manager were the ability to communicate and listening well. Technical skills came in at number eight on the list.

Even so, a 2016 Gallup survey found that, in the US, the unemployment rate for college graduates aged 25 and older was nearly double what it was in 2000. Professor Cheng pointed out that, while the goal of LAE is to prepare students for a fruitful career and a fulfilled life, this will be hard to achieve if graduates can’t get a reasonable job.

Education leaders in the US have responded to such criticisms by pointing out that business leaders have consistently confirmed the importance of the skills and attributes associated with LAE. “But,” Professor Cheng wondered, “have they actually gone one step further and asked whether their own students actually possess the lauded skills and attributes upon graduation?”

Professor Cheng went on to list three recommendations for the development of BYE and LAE in an era of computer-based automation and Artificial Intelligence. “For boya education to achieve its goals in China, the goals as promulgated by the government, it should occupy a central rather than tangential role in the undergraduate curriculum,” he said.

Second, professional or technical training is not only compatible with the fundamental values of BYE and LAE but is also important in showcasing their strengths. And, third, the combined benefits of BYE or LAE on the one hand, and professional or technical training on the other, may be achieved by combining undergraduate and postgraduate studies in the students’ life time.

He pointed out that these ideas are being put into practice at Lingnan, where a mix of traditional LAE majors, as well as more applied and career-oriented programmes, is offered. These include Chinese, Risk and Insurance Management, Data Science, Global Liberal Arts, Animation and Digital Arts, and Business Psychology.

The university has also launched two new student development initiatives: one to develop leadership skills and another to nurture entrepreneurs and start-ups. In addition, a minor in science and technology literacy is currently being developed and, while undergraduate education remains the university’s main focus, Lingnan offers an increasing variety of taught postgraduate (TPg) programmes.

“Here at Lingnan we take seriously the importance of science and technology literacy for humanities and social sciences graduates,” Professor Cheng explained.