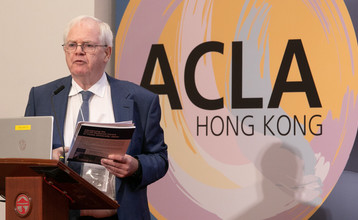 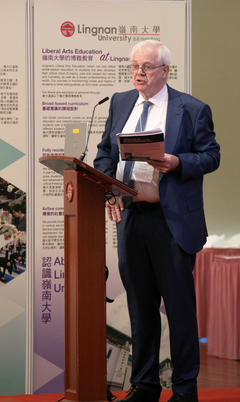 In his keynote address to the ACLA/CHER conference 2019, Simon Marginson, Professor of International Higher Education at the University of Oxford, explained that before the 2008 recession, the rapid international development of higher education was largely driven by economic globalisation, global integration and convergence. Even though the impact of globalisation has since plateaued, cooperation between universities has, until recently, continued to grow – and nowhere more significantly than between institutions in China and the United States.

Attitudes to academic freedom might now be changing, however, due to the new ‘cold war’ between the United States and China. “When government is threatened or its fundamental interests are at stake then universities are expected to conform,” Professor Marginson noted.

In his presentation, titled “Equal but Different: Global and Regional Implications of the Rise of China in Universities and Science”, he put these developments into context. While education flourishes best in an atmosphere of open communication, he said we cannot expect all countries to conform to one particular political system. “But there are some adaptations that we must make and others that we cannot make because they erode our mission and our identity.”

Professor Marginson outlined the four fundamental principles of higher education as: the education of all persons without regard to socio-economic status, location, gender or ethnicity; the partial but real autonomy of universities from external direction; the positive exercise of freedoms to learn, to teach, to write, to research and to communicate within the academic realm; and, the furtherance of local, national and global association, and physical and virtual mobility.

“The most important difference between the East and the West lies in the relationship between the state, society and higher education,” he pointed out. In Western society, it’s possible to imagine the individual as separate from society, whereas in the traditional Confucian hierarchical model, the individual is located, successively, in relation to the family, the state and society. And after the founding of the People’s Republic of China in 1949, the state took on an even more dominant role.

However, Deng Xiaoping saw the promotion and development of science as critical to the success of China’s process of ‘reform and opening-up’, which began in 1978. Regulated academic freedom, along with open global connections, were combined with top-down policy control. “Deng understood the importance of autonomous science,” Professor Marginson explained.

That policy has proved remarkably successful. Three of the world’s top five most prolific producers of scientific papers between 2014-17 were China’s Shanghai Jiao Tong University, Zhejiang University and Tsinghua University. What’s more, the scale of the collaboration between the US and China, in terms of joint papers published, has become much the largest in world science.

But the assumptions China made about its opening up to the world – that it would allow the country to catch up in technological and economic terms – have proved more accurate than the beliefs in the US that the West would retain it’s superiority and therefore convince China to ‘Westernise’.

With a trade cold war fought with tariffs, and a technology cold war based around companies such as Huawei, already under way, is science like to form the latest battleground? And if it is, would China be the biggest loser if science cooperation with the West were to end? Such questions are yet to be answered, but visa restrictions are already hampering the movement of researchers and students between the two countries, and accusations of spying are being aimed at academics. “It is hard to head off the escalation of political intervention by both sides,” Professor Marginson accepted.

Even so, in conclusion, he set out an agenda for the protection of science and academic freedom. He said that questions of university autonomy and  academic freedom should be separated from general political and civil freedoms; a common position on academic freedom of thought, speech, teaching, learning, writing, research and communication, needed to be strongly asserted; the value of plurality of thought and method, between disciplines and within disciplines needed to be advanced; the small portion of research where national security is primary, should be quarantined off from this regime of freedom; the partial autonomy of universities, and their obligation to shape teaching and research agendas, had to be asserted; and, finally,  cross-border academic mobility needed to be defended and advanced.