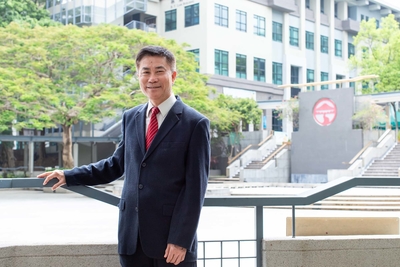 The Council of Lingnan University announced on 22 January that after consultation with the Court, as stipulated in Section 15(1) of the Lingnan University Ordinance, the Council has resolved to re-appoint Professor Leonard K Cheng as the President of the University for a further period of five years with effect from 1 September 2018.

Mr Rex Auyeung Pak-kuen, Chairman of the Council, pointed out that the University made very significant and promising progress in recent years.  The support of various stakeholders, the Court and the Council in favour of extending Professor Cheng’s leadership is an acknowledgment of the accomplishments he has brought to the position and the remarkable achievements he has made thus far.

President Cheng said that it is an honour for him to serve the University in the coming five years.  “Although I have served as President for almost five years, I still have to pull my weight for our future work because I know many of our work have deep impact on the University’s long-term development. These include the execution of our 2016-2022 Strategic Plan and the formulation of the next six-year strategic plan. In the following two years, we need to prepare for the next round of Research Assessment Exercise administered by the Research Grants Council and the 2019-2022 Triennium Planning Exercise, and then work out concrete plans for our development after the announcements of the grant results,” said President Cheng.

President Cheng looks forward to working closely with all Lingnanians to bring the University’s achievements to the next new level of excellence.