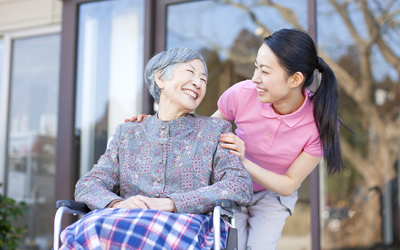 Title of Case Study: Productive Ageing and Wellbeing Among the Elderly

Research by Lingnan University’s social policy group has a long history of tackling the challenges posed by societal ageing. The focal point of this work has emanated from the Asia-Pacific Institute of Ageing Studies (APIAS), a pioneer of social gerontology in Hong Kong. Empirical research has been at the heart of training programmes, public awareness campaigns, and policy formulation concerned with the wellbeing of older people and the notion of active ageing, or ageing well.

The impact of Lingnan’s research is threefold. Our research has a direct impact on policymaking, on communities via training and the creation of programmes, and on key international players in the field. In terms of policymaking, direct policy input on old-age security was sought by the Macau SAR government via research commissioned by its Social Welfare Bureau between 2013 and 2015. Lingnan’s research ultimately shaped ageing policies in Macau. The project focused on developing an ageing index, and was informed by two specially prepared research reports. The research was developed into a 10-year action plan.

Lingnan’s research impacted the community via two major projects, “Age Friendly City” and “Intergenerational Communication”. The three-year “Age Friendly City” programme, which aimed to promote a friendly attitude towards older people, created activities to develop action plans for local districts, and to develop training for local residents and NGOs. Around 3,000 individuals directly benefitted from the research, and 4,800 benefitted indirectly. The related action research project on “Intergenerational Communication” focused on advocating healthy ageing and the enhancement of solidarity between generations. In this programme, ambassadors from different generations involved themselves in community-based service and health promotion activities through a variety of cross-sector partnerships. Over 200 ambassadors were trained to conduct community service, and 24 NGOs actively participated in the programme.

The value and impact of Lingnan`s contribution to policy development and the wellbeing of the elderly in the local community was recognised in various letters of appreciation received by the research team. A letter from the Tuen Mun Neighbourhood Advice Action Council stated that the programme had helped to “improve people’s social health”, and a letter from Pok Oi Hospital said that the programme improved the physical and mental health of participants and that the training activities were useful, practical and meaningful. The research is continuing to have an impact via Lingnan’s Gerontology and Smart Ageing project, the University’s Socialpreneur and Gerontech courses, and Lingnan’s Gerontech Lab.