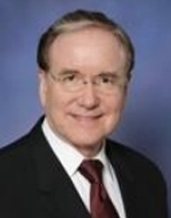 Join us in this lecture to gain insight about the role of the banking system and a view of banks from the inside, and participate in determining key elements for success in an increasingly digital and mobile age, requiring integrative advanced technologies and service delivery systems. How are banks to be perceived as "caring and people-centric"?

Robert B. Oehler (余若柏) is Principal of Burritt Advisory Services, providing counsel arising from his many years' experiences associated with banking and finance, public and foreign policy, and multi-cultural environments. He is also a member of the Advisory Board of Lingnan's MIBF Programme. He obtained a Masters degree in International Public Administration from the Maxwell School of Citizenship and Public Affairs of Syracuse University in 1967 and a BA degree in Political Science from Williams College of Williamstown, Massachusetts in 1965. Mr. Oehler is a veteran banker with over 45 years of banking experience. He retired in September 2012 from the Board of Directors of Pacific Alliance Bank (聯洋銀行), Rosemead, California, a startup bank of which he was an Organizer, serving as a Director and as the bank's first President and CEO upon its formation in December 2006 through February 2012. Previously, Mr. Oehler served as President (1997-2004), Director (1997-2005), and Vice Chairman of the Board (2004- 2005) of Far East National Bank (遠東國民銀行) in Los Angeles. He was with Citicorp and Citibank for 25 years, serving in Hong Kong as head of the Bank's Local Corporate and Government Business Division from 1973 through 1977.