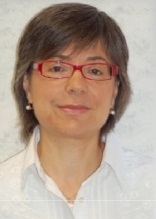 Paola Subacchi is Research Director of the International Economics Research area at Chatham House. An economic historian by training, her main research interest is in the functioning and governance of the international financial and monetary system, with a particular focus on postcrisis policy and institutional change. She is a contributor to peer-reviewed journals and current affairs publications. She is a regular media commentator on issues of macro-economic importance. Paola Subacchi's recent publications include: Broken Forever? Addressing Europe's Multiple Crises, March 2012 (co-authored with Stephen Pickford), The Euro on the Brink: 'Multiple' Crises and Complex Solutions, March 2012; Gold and the International Monetary System, February 2012 (Task Force member) Legitimacy vs Effectiveness: A Dynamic Approach to Global Governance, Sept 2011; Preventing Crises and Promoting Economic Growth, April 2011 (coauthored with Paul Jenkins); Squeezed in Retirement: the Future of Middle Britain, March 2011; 'One CurrencyTwo Systems' China's Renminbi Strategy, October 2010; Who controls the International Monetary System?; May 2010; Beyond the Dollar: Rethinking the International Monetary System, March 2010. An Italian national, she studied at Bocconi University in Milan and at the University of Oxford.

​- ​​Greece's recent bailout is just the latest stage in a deep-rooted crisis for Europe's monetary union that was exacerbated by the global financial crisis. Without measures to deal with the current crisis and to address the underlying problems of the euro area, it is hard to see EMU surviving in its current form.
- Countries in the euro peri hp ery have suff d ere from long-standing fi l sca problems, under-perf i orm ng economies, imbalances and a widening gap in competitiveness with 'core' countries.
- These periphery countries now face problems requiring a combination of urgent and long-term measures. In the immediate future they have to convince markets that their fiscal plans will reduce debt without a collapse in growth, and to normalize their banks' access to market funding. In the longer term they must achieve sustainable increases in growth, improve competitiveness and rebalance their external payments positions. They must adapt to the constraints of the single currency.
- ​Reforms are needed to help the periphery countries live with the euro. At the same time the incentives for correcting imbalances need strengthening, with the burden shared more equitably between deficit and surplus countries, in order to create an effective model for growth within the euro area.