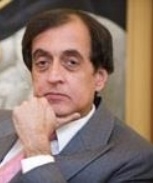 ​
The lecture will have four interrelated objectives
- Reviewing the underlying weaknesses that led to the 2008 global financial crisis, from the global imbalances and financial regulation. The financial regulatory weaknesses revealed the extent of hidden risks, complex financing chains, and weak disclosure and capital standards.
- Assessing the reform agenda to address the weaknesses: how has it been driven, and how much has been completed globally.
- Examining how different today's global financial system is from its pre-crisis self. How is it viewed by emerging markets that are seeking to build capital markets and new growth engines?
- Looking ahead, have new risks been created in the transformed financial system that could be the source of future crises? Is regulatory reform driving intermediation into shadow banking channels that are less supervised?

About the Speaker
After a most distinguished career at the IMF, where he was Director of the Asia-Pacific Department (2008-13), Director of the Western Hemisphere Department (2002-08) and Director of Special Operations (2002), Anoop Singh was recently JPMorgan's Managing Director and Head of Regulatory Affairs for Asia Pacific (2014-2015). He had led many key IMF missions in Asia and Latin America during these regions' major financial crises in 1997-2002 and was at the helm of the IMF's departments for those two regions throughout the critically complex decade that followed. He has been a Special Advisor to two Reserve Bank of India Governors and was earlier the Senior Economic Advisor to the Asia Vice President at the World Bank. An Indian national, he holds degrees from the universities of Bombay, Cambridge, and LSE and is currently Adjunct Professor at NUS and Georgetown University and an Academic Committee Member at Renmin University in China. Mr Singh has published extensively on the international monetary and financial systems and on both the Chinese and the Latin American economies, among other topics.