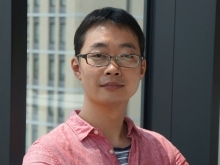 ABSTRACT
The paper studies a simple statistical experiment described by a response function y=r(x,w), where x is an input of the experiment, w is a variable of interest, and y is a response to x. We estimate the distribution of w based on observations of (x,y). The paper proposes a method to find the semiparametrically efficient distribution of x for the purpose. A major application example is the dichotomous-choice contingent valuation (DC-CV), which is an experimental method to measure welfare values of non-marketed goods, such as environmental resources. The design problem for the simple DC-CV experiment is solved by Cooper (1993), who finds the efficient design to estimate the mean WTP, E[w], among the class of finite-support distributions. The current paper generalizes Cooper's results in three ways. First, the method of the paper directly minimizes optimality criteria over all regular distributions with continuous support. Second, the target of estimation can be any smooth functionals of w, such as the r-th moments or quantiles of w. Third, the method of the paper is applicable to arbitrary response functions. Therefore, the method has wider potential applications than the original technique. In the paper, an easy-to-check necessary condition for the optimality is proven. The result is applied to the DC-CV experiment to give an alternative proof of the optimality of Cooper's design.

BIOGRAPHY
Professor Hisatoshi Tanaka is an associate professor of the School of Political Science and Economics, at Waseda University. He obtained his Ph.D. in Economics at University of Wisconsin- Madison in 2013. His research interests are mathematical economics and econometrics, including Identification of Social Interaction Models and Asymptotic Theory of Semiparametric Models. His publications appear on journals such as Advances in Mathematical Economics, Economic Inquiry.