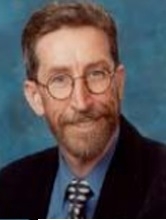 China's modern legal system has its primary roots in the Draft Civil Code prepared during the late Qing Dynasty. This code, in turn, was significantly based on the German Civil Code of 1900. Despite the political turbulence of the last 100 years in China, following the fall of the Qing Dynasty, China has retained a fundamentally Civil Law system. After 1949, there was strong influence from the Soviet-style, Civil Law system. Since "opening up" in the late 1970s new, important – especially Common Law - influences have emerged. China remains, however, a Civil Law country where the law operates within what is plainly the largest and most successful, modern One Party State ever.
In this presentation, Prof. Richard Cullen will briefly outline some key political-constitutional turning points in China's long history and also note some basic developments during China's modern legal history. This will provide background for a more detailed discussion of how the Common Law has come to have such an important shaping influence on aspects of China's contemporary legal system. Crucial differences between Common Law and Civil Law systems will be noted. The main sources of this Common Law impact (including Hong Kong) will be reviewed. The constraints applying to the development of greater Common Law influence on China's legal system will also be assessed.

Richard Cullen joined the Faculty of Law, University of Hong Kong (HKU), as a Visiting Professor in August, 2006. He was previously a Professor at Monash University. He has spent over 15 years based in Hong Kong teaching and writing on Hong Kong and China. He has written and co-written (regularly with Fu, Hualing) several books and more than 150 articles, notes and comments focussed on Public Law, Tax Law and Media Law. He has spoken regularly at international conferences in Australia, Greater China, Europe, India, Japan and North America over the last 25 years. He is a member of the Hong Kong think tank, Civic Exchange. He is a founding member of the Taxation Law Research Programme at HKU and a Fellow of the Taxation Law and Policy Research Institute at Monash University. Richard Cullen completed his LLB at Melbourne University Law School in 1982 and his Doctorate at Osgoode Hall Law School, in Canada, in 1986.