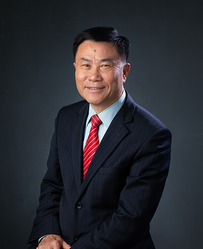 At the very beginning of this academic year, I am happy to share with you an exciting news: Lingnan University was named as one of the “Top 10 Liberal Arts Colleges in Asia” by Forbes earlier this year!

While different ranking exercises have their own methodologies and limitations, I am happy to see that Forbes has taken an initiative to compare liberal arts institutions as a separate category of higher education institutions.  Given the importance of teaching and learning to liberal arts education, it would better reflect the relative standing of liberal arts institutions had the ranking included some key measures of the quality of students’ learning experience.  In any event, this result recognises the efforts of generations of Lingnanians in making the University one of the best liberal arts institutions in Asia.  I trust the recognition will encourage us to work even harder and do even better.

Welcoming new staff and students to the Lingnan community

Summer is always a heart-warming season for me, because it is the time to welcome energetic young men and women to the Lingnan community of learning and discovery.

On 21 August when I met with new students who joined Lingnan this year at the New Students Orientation, I was thrilled to experience the vigour and momentum these young people are going to inject into Lingnan to propel us forward.  I felt the same sense of excitement and optimism a few days later on 25 August when I greeted a group of passionate, dynamic academic and administrative staff who joined Lingnan starting this academic year.  May I take this opportunity to give a warm welcome to our new students and colleagues to the Lingnan family!  This new generation of Lingnanians will play a crucial role in carrying on our fine liberal arts tradition and our proud “Lingnan Spirit”.

I am deeply gratified by the enthusiasm and dedication of our senior management team which will lead the University in addressing challenges and realizing opportunities.  Starting from August, the following faculty members have taken up new administrative posts: Prof Joshua Mok Ka-ho, Vice-President; Prof Shalendra Sharma, Associate Vice-President (Academic Quality Assurance and Internationalisation); Prof Wong Yiu-chung, Associate Vice-President (Academic Affairs); Dr Li Donghui, Associate Vice-President (Student Affairs) and Prof Sun Yifeng, Dean of the Faculty of Arts.  On the solid foundation laid down by their predecessors and together with the support by fellow colleagues, I am confident that the new senior management team will develop Lingnan into a stronger institution and further enhance our liberal arts education with their new energy.

An exciting strategic development that contributes to the enrichment of liberal arts education is the establishment of the Science Unit under the Core Curriculum and General Education Office.  Starting this semester, Prof Mark Alan McGinley is the Unit’s Professor and Head, with Prof Jonathan Fong serving as Assistant Professor.  With their experience in designing and teaching science courses in liberal arts institutions, I am confident that the Science Unit will greatly enhance the quality and content of the “Science, Technology and Society” cluster of our undergraduate Core Curriculum, an essential element of the broad-based foundation of liberal arts education.

I am happy to share with you that in the 2015/16 funding exercise of the Research Grants Council (RGC) Lingnan scholars have successfully obtained funding support for 13 General Research Fund (GRF) and five Early Career Scheme (ECS) projects totaling over HK$6.8 million, which is more than doubling last year’s HK$3.1 million.

For GRF applications, our success rate of 36.1% ranks second among all the eight UGC-funded institutions, and under the panel of Humanities & Social Sciences our success rate is 47.4%, the highest among the institutions.  For ECS applications, our performance topped the chart with a success rate of 71.4%, and under the panel of Humanities and Social Sciences we again came in first with a success rate of 66.7%.  Among the ECS proposals submitted, 43% have been evaluated as having high quality with ranks of 4.5 or 5 (on a scale of 1 to 5), which is much higher than the sector-wide average of 20%. These encouraging results demonstrate our faculty’s research strength.

Measures to deal with lead levels in drinking water

On 1 September, the University announced the findings of the first round of tests conducted to determine the presence of lead in water samples taken from different locations throughout the campus. On 24 September, it announced the findings of a second round of tests conducted for other locations as well as two locations where lead levels were found to be excessive in the first round.  As safety and health of our staff and students are our uncompromised concern, in both rounds the University discontinued the supply of problematic water, provided distilled water dispensers, and installed NSF53 certified water filters. The affected students and staff were first notified before announcements were made to all students and staff and the media.

I am really pleased to report that, after some delay, the footbridge that links the Simon and Eleanor Kwok Building (which houses the Business Faculty), the Wong Ho Chuen Hall and Wu Jieh Yee Hall, and the Outdoor Sports Ground to our main campus was finally opened on 21 September.  As a result, our students and staff are able to navigate the entire campus without having to worry about cars on two busy off-campus roads.  Several Business faculty members have told me that the footbridge had given them the good feeling of an integrated and connected campus.  Needless to say, I have been looking forward to this date since I joined the University in September 2013 even before construction was started.

Reading for new discoveries to satisfy the curious mind

As a personal note, let me share with you that I continue to enjoy learning about things outside my own academic discipline.  Bit by bit, as bedside reading late at night that helps me to unwind , I have finished a long fiction by the Nobel Laureate Mo Yan, 《豐乳肥臀》 (translated as Big Breasts and Wide Hips).  I am now reading a shorter fiction of his《蛙》(Frog). Both help me to understand the social turmoil and political and economic changes China had gone through at a human level.

Also, I continue to learn about world affairs and new scientific discoveries by reading the International New York Times regularly.  Recently, an exciting discovery has been made by archaeologists in South Africa.  Led by an American paleoanthropologist (where “paleo” means ancient and pre-historical) Prof Lee R. Berger of the University of the Witwatersrand in Johannesburg, an international team of over 60 scientists has uncovered a previously unknown pre-human species which they call “Homo naledi”, where “naledi” means “star” in the local language.  According to some experts in the field, this discovery is a very big deal, because it seems to have shaken the received theory about human evolution to its core.  The main reason is that some parts of Homo naledi appear to be more advanced than, but some other parts appear to lag behind, ancient human-like animals that walked upright on two feet.

Perhaps you may not be as interested as me in this story, but perhaps you will be interested in new discoveries in some other fields, such as those about stars, planets, oceans, climate, drugs, computers, self-producing or self-mending machines, electric cars, cars that are driven by computers, etc, or stories on Iran-US nuclear agreement and the nuclear science behind it.  I hope our students’ curiosity will drive them to read broadly, as their learning and co-learning would give them satisfaction that no money can buy.

As the new academic year proceeds, I shall update you about our University’s new developments.  Before then, I sincerely look forward to seeing you at the annual “Walking with Lingnanians” Fundraising Walkathon to be held on 25 October at Kwun Tong Promenade.  Please take the opportunity to join fellow Lingnanians in supporting our University.

Finally, may I also take this opportunity to wish you and your family a happy Mid-Autumn Festival!