New books on the shelf 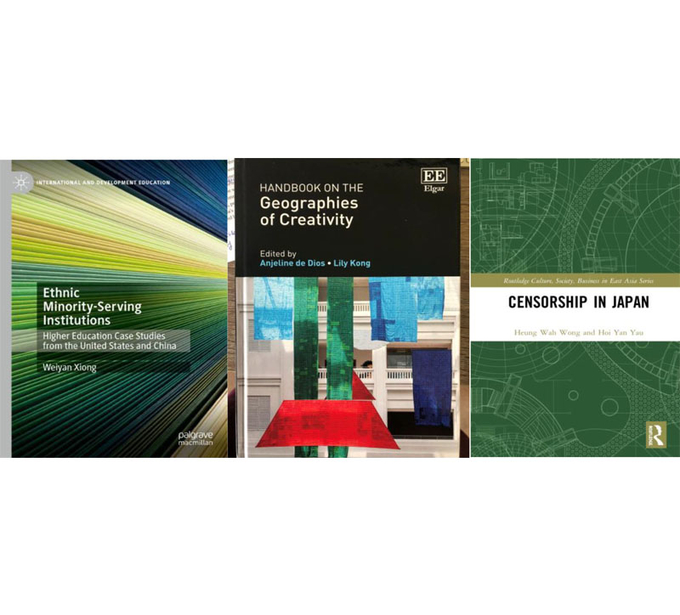 The book presents a comparative study of the history and development of indigenous and ethnic higher education in the US and China. The author focuses on institutions serving American Indians and Alaska Natives and Chinese Ethnic Minorities, such as Tribal Colleges and Universities in the US and Ethnic Minority Serving Institutions in China.

Handbook on the Geographies of Creativity

How can the “where” of creativity help us examine how and why it has become a paradigmatic concept in contemporary economies and societies? Adopting a geographically diverse, theoretically rigorous approach, the Handbook offers a cutting-edge study of creativity as it has emerged in policy, academic, activist, and cultural discourse over the last two decades.

This book explores censorship, particularly film and video censorship, in Japan in modern times. It shows how most censorship has been the film and video industry exercising self-censorship, but how this system has been problematic in that it has allowed dominant players in the industry to impose their own standards and exclude independent film makers.

The book also examines the conflict between the obscenity law and the freedom of speech law.