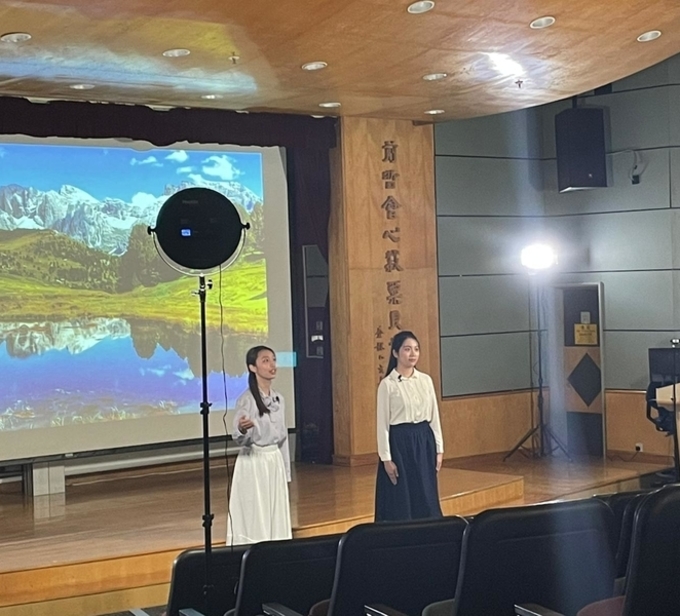 LU has won three awards at the 23rd Qi Yue Recitation Arts Festival and National College Students Recitation Conference Competition of the Ministry of Education and the National Language Commission of the People’s Republic of China, organised by the Communication University of China (CUC).

"Wo Xihuan Chufa (I Like to Start)" by Lui Kin-yee, a third-year student from the Department of Economics, and Zhao Wenxuan, a third-year student from the Chinese Department, won the Youth Style Special Award; Senior Lecturer of the Chinese Language Education and Assessment Centre (CLEAC) Dr ZHOU Bo and Lecturer Ms Wei Sijing carried off the Teaching Excellence Award, and Lingnan University received the Outstanding Organisation Award.

This year, 315 universities from 33 provinces, autonomous regions, centrally administered municipalities, and special administrative regions submitted 762 works on the competition theme of "Looking Back on History, Dialogue with the Future”.

This is the second time LU has earned awards in this competition, and is the only Hong Kong tertiary institution to have won in the competition.