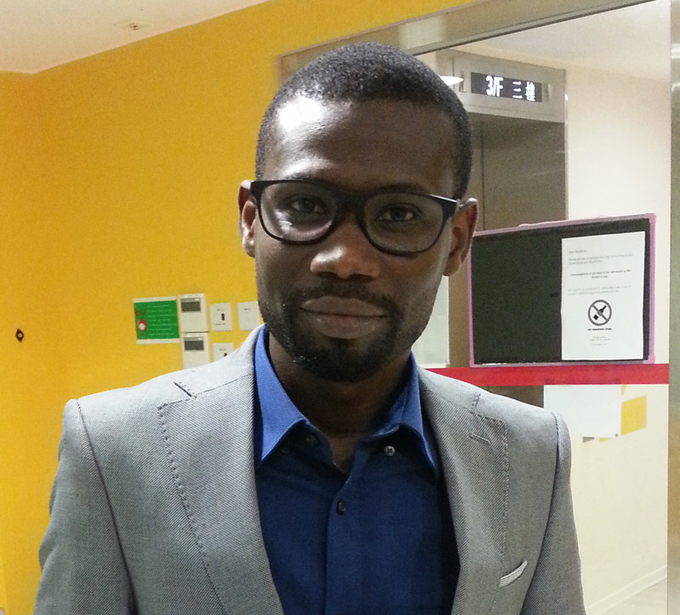 From Hong Kong to Ghana, ageing population with its concomitant health implications is being felt in almost every region or country across the globe. Razak Mohammed Gyasi, a Lingnan PhD scholar in Social Policy from Ghana, has recently conducted a health research in his home country to understand the healthcare needs and health-seeking behaviour of the elderly, with the goal of improving elderly’s health protection and ageing policy framework and practice in Ghana.

Interested in ageing and health issues, Razak came to Lingnan to pursue his PhD in September 2015, due to Lingnan’s excellent performance in arts and social sciences. “Before I came to Hong Kong, I got scholarships from institutions in other countries too, but I chose Lingnan because I wanted to experience the quality liberal arts education that Lingnan is famous for,” said Razak.

Having come to Lingnan for a year, Razak recently has conducted a health research in Ghana. According to statistics, Ghana’s population has been growing older this century: 7% of Ghana’s population was aged 60 or above in 2015, and it will continue to increase to about 9.5% in 2030 and 12% in 2050. Ageing has led to increasing health challenges, including injuries, disabilities and chronic non-communicable diseases that are common in the elderly. However, like other parts of the sub-Saharan Africa, the healthcare service in Ghana was costly and inadequate for citizens, especially for disadvantaged groups including the elderly. Out of love for his home country, Razak decided to do something for the situation by finding out more, “Understanding the healthcare needs and health-seeking behaviour of the elderly is the cornerstone for elderly health protection and improvement towards a healthy, productive and successful ageing policy framework and practice in Ghana. Astonishingly, research on the quality of life and health service utilisation trajectories among elders in Ghana remains uncharted,” said Razak.

To find out the answers, Razak has conducted a study which adopts a pragmatist research paradigm making use of multiple mixed designs. Survey questionnaires were administered to 1,200 adults aged 50 years or older, across six randomly sampled political and administrative districts. This was augmented with 69 in-depth interviews and informal conversations.

Though the actual data analysis is yet to begin, certain insights have emerged from the data.  Generally, most of the elderly in Ghana perceive their health as poor, who may be imperiled with chronic non-communicable diseases, such as hypertension, diabetes, arteritis, asthma, respiratory disease, cancers, stroke, chronic kidney disease and eye problems. Besides, engaging in moderate physical activities such as gardening, jogging, performing basic household chores and climbing up steps are a difficult task for many. A 75-year-old female stated in the study: “I do not have the strength I would have preferred. I am very weak today.  There are so many diseases affecting me in particular. I have been suffering from Parkinson’s disease for years now. I keep shaking due to that. I also suffer from piles and have difficulty with bowel movement. As for the diseases, they are a lot.”

In addition, the elderly find it relatively difficult to get access to conventional healthcare, particularly due to poor access and high cost obligations, while the national health insurance for the elderly has lost its credibility. In this regard, traditional, complementary and alternative medicines constituted the vast majority of healthcare-seeking by older populations. Moreover, intergenerational support from the family for the elderly was poor due to migration and economic pressure for young adults. The utility of individual and societal filial piety was abated leading to serious implications for the emotional well-being of the elderly. A comment from an 85-year-old man may illustrate this: “I am not well but it is very expensive to pay for my hospital bills; no money to do this. My children have all moved to the urban communities to fend for themselves. They occasionally send in something but that cannot do much. There is no help from anywhere else. I always make use of herbs and other forms of traditional medicine which seem to be easily accessible.”

Research on elderly health should be prioritised

“These preliminary findings suggest that there is a critical need for a well-articulated and practice-based elderly policy framework, especially from the government arena, that will seek and protect the healthcare needs of the elderly in Ghana,” said Razak. He hopes this study is able to provide groundbreaking contributions to understanding elderly healthcare issues, and broadly towards elderly health policy implementation in Ghana and beyond, as populations in sub-Saharan Africa and other low- and middle-income countries share similar characteristics to the Ghanaian older adulthood in terms of demographic, sociocultural and economic strands.

As ageing population has become a global phenomenon, Razak thinks that research focusing on ageing dynamics, healthcare-specific needs and health-seeking decisions among the elderly should be prioritised, so as to address the attendant health implications.