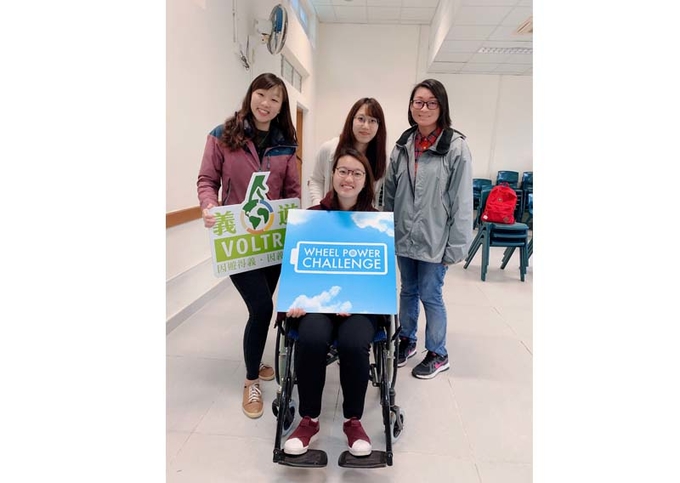 Lingnan University’s motto is “Education for Service” so it’s no surprise that community service is an integral part of campus life.

Although helping others brings its own reward, Lingnan has also established a number of awards and scholarships in this respect. For instance, the Hang Seng Community Service Scholarships are awarded to second- or third-year undergraduates who have done a minimum of 100 hours of voluntary service, while also achieving a cumulative GPA of 3.3 or above. The two recipients each receive HK$20,000.

In addition, the Dr and Mrs James Tak Wu Awards for Outstanding Service recognise and reward staff and students who have consistently demonstrated a commitment to serving the University or community. The aim is to encourage a deep sense of social responsibility, emphasising the importance of enterprise, effort, and interpersonal relationships. These particular awards are presented to students each year, in the form of HK$5,000 cash and a trophy, and to members of staff on a biennial basis.

Joanne Cheung Tsz-yan, who is studying a BBA degree in accounting stream, received a Hang Seng Community Service Scholarship for becoming an active caregiver for people in need, and for overcoming her natural reticence.

She is interested in helping underprivileged children and, during term time, tutors youngsters two afternoons a week. Cheung previously took part in a Lingnan Student Voluntary Tutoring Scheme, which gave online tutorials to children in rural villages in China.

“I realised that with the help of new technology, we can create a bigger impact and serve a larger community,” she says. “In future, I will continue to serve disadvantaged children, who deserve to be treated much better than they are.”

Noting that she has been lucky enough to receive a good education, Cheung believes she has a responsibility to give something back to society.

“Many children around the world don’t get quality education, so I want to share my good fortune with those who are less privileged than me.”

Cheung, who plans to teach English, points out the shortage of teachers is a significant problem in most rural areas caused in part by the higher remuneration in towns and cities.

Being a volunteer and helping others has also taught Cheung some valuable lessons.

“The experience has improved my problem-solving skills and shown me the importance of having a flexible approach,” she says. “That does not come naturally; you must learn how to do it. As a volunteer, you find that accidents happen and surprises occur, so you always need to have an alternative plan and must think fast when facing the unexpected.”

She adds that working with physically challenged patients taught her the importance of teamwork and working as a group. With no formal training in that area, she initially underestimated the difficulty of certain tasks. That led to some mistakes – in one case nearly spraining a patient’s foot – but also showed her the importance of playing to your strengths.

“I am good at organising activities which bring happiness, and that has become my new goal,” Cheung says. “Sometimes, you just have to accept that you’re not good at something, and find the best way to use your skills as part of the group.”

Cheung has also found that serving others has helped her discover new strengths.

“I used to be quite shy and felt anxious when I had to express my thoughts in public,” she says. “I found it difficult to start conversations, but after I started volunteering, I had to talk to a lot of people and now I am much more comfortable with that and will even suggest ideas and activities to my supervisors.”

Cheung realised the importance of speaking up and saw that people who are courageous in that way are rewarded with opportunities. She is also quick to counter any suggestion that individual acts of service don’t make a difference to the world’s many problems. Rather, she believes in the saying attributed to Paul Shane Spear which notes that one person cannot change the world, but can change the world of one person.

Terra Ting Cham-yin, a philosophy student, received a Dr and Mrs James Tak Wu Award for Outstanding Service. She is one of the founders of the Fu Tei Bookstore under Lingnan, took part in the Yan Oi Tong charity’s “Youth Space” project, and initiated a social project to promote philosophy and liberal studies among secondary school students in Tuen Mun. Ting is also engaged in activities organised by VolTra, an international charity which encourages people to share their experiences and promotes the value of service. Studying Chinese philosopher Mozi, who lived around 470 to 391 BC, influenced Ting’s own attitude and outlook.

“Mozi, my favourite philosopher, said that nothing is more valuable than righteousness, and that is one of my mottoes when it comes to public service,” she says, “Also, helping others is a great learning process and a good opportunity to understand yourself better. I have met a lot of people whose ideas about life and society are inspiring, and that has encouraged me to continue down this path.”

Experience has also taught Ting that activities and services should be customised because every individual involved in the process has needs and expectations.

“It is easy to ignore the needs of the individual, but we should find out what they are through better communication and adjust accordingly,” she says, noting too that it pays to take a critical approach to learning about community service. “That makes us reflect on the issues and question whether a service is achieving its fundamental goal. This is preferable to just saying what we did was better than nothing.”

Such a view has, no doubt, been shaped by studying liberal arts at Lingnan. Indeed, Ting advises other students to treasure their time at the University and make the most of every opportunity.

“A well-rounded liberal arts education helps to develop an open mind, an international view of the world, and an understanding of how the ideas of humanism can help everyone,” she says. ”This kind of education has been downplayed in Hong Kong, which is a society that believes more in financial gain. But I hope the ‘human’ spirit of Lingnan can create mutual understanding between all kinds of people.”

The University works hard to raise
awareness of social issues among
students, encouraging them to take
an interest in the welfare of the
community as a whole.