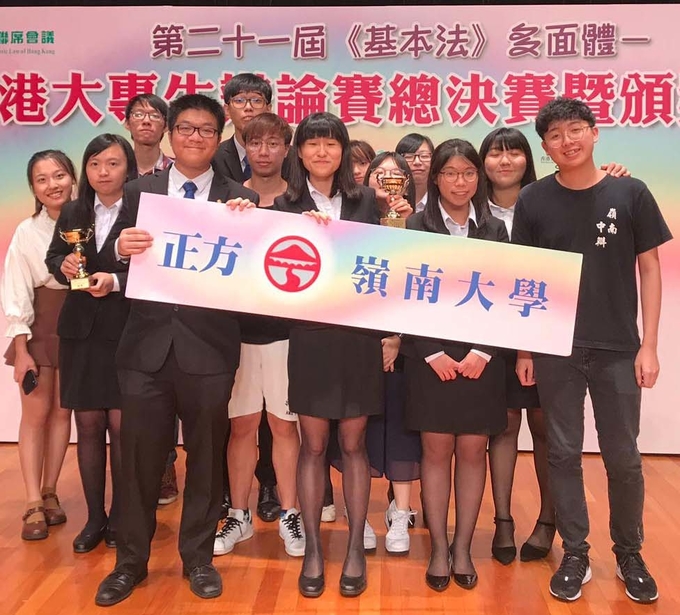 The Lingnan University Chinese Debate Team was bestowed the third runner-up in the 21st Basic Law Debate Competition for Tertiary Students in Hong Kong organised by the Joint Committee for the Promotion of The Basic Law of Hong Kong, among the top four of the 16 participating teams from local tertiary institutions and universities.