On 15 November, President-Designate of Lingnan University, Prof S Joe Qin, received the prestigious Computing in Chemical Engineering Award given by the American Institute of Chemical Engineers (AIChE) Computing and Systems Technology Division (CAST) at their annual meeting in Phoenix, Arizona, for developing novel methods and pioneering applications of process monitoring and data analytics, and unifying methods and applications of model predictive control theory.

Prof Qin is the first scholar educated in Mainland China to receive the award since its inception over 40 years ago.

“As President-Designate, I am very honoured to receive this international award and share it with Lingnanians,” he says. “We should believe in and be grateful to the fairness of the international academic system that recognises outstanding contributions no matter where you are and who you are.” Prof Qin delivered a 40-minute speech at the award ceremony sharing his academic journey of three decades with over 100 attendees from all over the world. 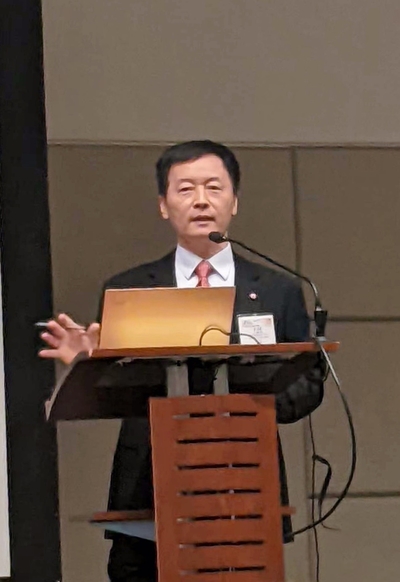 Prof Qin believes that as a leading liberal arts university in the region, Lingnan and the Lingnan community will play a key role in the development of the Greater Bay Area. “Global perspectives in humanities and culture are necessary to make the GBA a truly international hub for talent and innovation, and Lingnan University is in a unique position to address this requirement.”

Prof Qin will succeed Prof Leonard K Cheng who retires as President of the University in 2023.