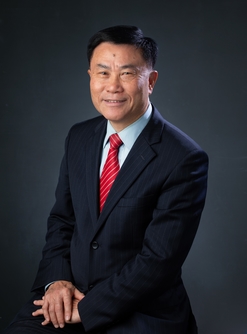 Professor Cheng graduated with a first-class honours Bachelor of Social Sciences degree in economics from The Chinese University of Hong Kong in 1975, and was awarded an MA and a PhD in economics by the University of California, Berkeley, in 1977 and 1980, respectively. After teaching at the University of Florida for 12 years, he joined HKUST in 1992 as one of the founding members of the University, where he served as Head of Economics, Associate Dean and Director of PhD and MBA programmes of the HKUST Business School. The School launched the first inter-continental joint EMBA Programme in Asia with the Kellogg School of Management of Northwestern University in 1997, and the programme was ranked the best in the world by the Financial Times for four consecutive years from 2009 to 2012. In addition, the School’s own full-time MBA programme was ranked by the Financial Times among the world’s top 10 for four consecutive years from 2010 to 2013.

Professor Cheng’s research interests include applied game theory, market structure, currency crisis, international trade and investment, technological innovation and imitation, China’s inward and outward foreign direct investment, and national security protectionism. He has published papers in many leading academic journals in economics, and has served as an associate editor of the Journal of International Economics and Pacific Economic Review.

Dedicated to serving the public, Professor Cheng has been an adviser to many organisations locally and regionally, including membership on the Broadcasting Authority (which later became part of the Communications Authority), the Provisional Minimum Wage Commission, Economic Development Commission, Competition Commission, Independent Commission on Remuneration for Members of the Executive Council and the Legislature, and Officials under the Political Appointment System of the HKSAR, a Non-Executive Director of the Securities and Futures Commission (SFC) and Chairman of SFC’s Investor Education Centre. Currently, he is a member of the Independent Commission on Remuneration for Members of the District Councils of the HKSAR.

Professor Cheng has the vision to distinguish Lingnan’s liberal arts education with the best of Chinese and Western cultures. He hopes to make Lingnan the preferred university for students who wish to get a whole-person education in a closely-knit and supportive environment. With a broad-based curriculum, a residential campus, an integrated living and learning environment, as well as substantial extra-curricular programmes such as international exchanges, internships and community services, Lingnan is well positioned to become a premier liberal arts university in Asia.