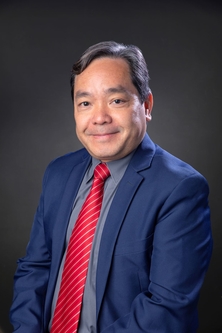 Professor Mok is no narrow disciplinary specialist but has worked creatively across the academic worlds of sociology, political science, and public and social policy while building up his wide knowledge of China and the region. Professor Mok completed his undergraduate studies in Public and Social Administration at the City University of Hong Kong in 1989, and received an MPhil and PhD in Sociology from The Chinese University of Hong Kong in 1991 and The London School of Economics and Political Science in 1994 respectively.

In addition, Professor Mok has published extensively in the fields of comparative education policy, comparative development and policy studies, and social development in contemporary China and East Asia. In particular, he has contributed to the field of social change and education policy in a variety of ways, not the least of which has been his leadership and entrepreneurial approach to the organisation of the field. His recent published works have focused on comparative social development and social policy responses in the Greater China region and East Asia. He is also the founding Editor-in-Chief of the Journal of Asian Public Policy (London: Routledge) and Asian Education and Development Studies (Emerald) as well as a Book Series Editor for Routledge and Springer.