Discovering the Links between Indian and Chinese Music 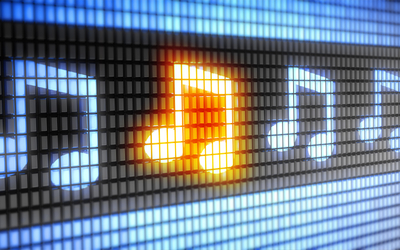 Title of Case Study: Impact of India-China musical collaboration on artists, curators, and the public

Research by cultural studies and music research expert Tejaswini Niranjana, a professor of Cultural Studies at Lingnan University, offers a comparative historical analysis of Chinese music and Indian music. Musical exchanges between the two cultures began in the 6th century, but colonialism and the formation of modern nations impeded further hybridization. This has resulted in a misperception that Indian and Chinese musical cultures are isolated from each other. The performance-based project underscored the links between the two musical cultures and allowed musicians and audiences to discover new ways of multicultural musical collaboration.

After establishing music’s role in creating modern identities in India, Prof Niranjana extended her research to draw comparisons between India and greater China, exploring whether music had played a similar role in the Chinese context. The resulting research shows how Chinese and Indian musicians change the way they make music through collaborative musical compositions, instrumental adaptations, and new lyrical content. Award-winning Hong Kong-based songwriter Chow Yiu-Fai, for example, developed new compositional techniques to adapt Cantonese lyrics to Hindustani music, leading him to experiment with different rhymes, word choices, and musical content. In terms of instrumental adaptation, Chinese musician Ip Kimho explored how to expand the possibilities of playing compositions based on Indian ragas on a Chinese instrument.

The research also had an impact on how music is presented in galleries. Performances that combine Indian and Chinese elements are unusual in galleries and art spaces in Asia. Only since 2016, when Prof Niranjana’s research started, have performances of this type have been presented in India and Hong Kong. The project brought changes to the existing framework in which curators and performance programmers organise their programmes, challenging the customary presentation of art objects and performances only in comparison to the ‘West’ or Euro-American art practices. Benefits included the formation of new dialogues between musicians, visual artists and curators.

The kind of musical collaboration demonstrated by Prof Niranjana’s project has been unknown in the contexts of India and China. But since then, her research has altered the way the musical public in India, Hong Kong and China perceive intercultural music, and increased its appreciation. After attending one of the project’s public performances, music-lover and blogger Poorva Rajaram said: “Unlike the usual ‘fusion’ concert, the performers were not simply playing the forms of music most familiar to them, but actually exchanging traditions and techniques to create new music. The experience of sitting through the concert made me realise it was possible to converse across musical traditions, without actually relying on words.”