Survey Findings on Working from Home under COVID19

In response to the COVID-19 outbreak, the HKSAR Government and many organisations have adopted work from home (WFH) practice for months. A recent survey conducted by Lingnan University (LU) reveals that over 80 per cent of respondents prefer WFH for at least one day per week even after the pandemic. More than 70 per cent of respondents said WFH allowed them to have more time to rest while 64 per cent said the practice helped reduce work stress.

Conducted by the School of Graduate Studies of LU from 8 to 26 April 2020, the online survey collected valid responses from 1,976 Hong Kong citizens. The objective of the survey was to understand people’s views and experiences regarding WFH.

Prof Ada Wong, Associate Professor of Teaching, School of Graduate Studies and Programme Director of Master of Social Sciences in Organisational Psychology and Education Management of LU, said that the research team categorised respondents into “management”, “middle grade”, “frontline staff”, and “self-employed” in order to obtain views from different levels of workers. “Although 81.6 per cent of respondents preferred WFH for at least one day in the long run, objection from management and the self-employed was in a higher proportion,” said Prof Wong.

It is worth noting that 45 per cent of respondents said their employers have provided sufficient support to enable them to WFH effectively.

Dr Frankie Lam King-sun, Associate Dean of the School of Graduate Studies and Programme Director of Master of Social Sciences in Human Resource Management and Organisational Behaviour of LU, said that since most surveyed respondents showed positive feedback about WFH, companies can consider to adopt it in the long run as an option for their family-friendly policy.

“Countries including Finland, the Netherlands, the UK and Canada have already established acts governing home and flexible work arrangements, which aims to enhance employees’ satisfaction, foster work-life balance for employees and instill employees’ sense of belonging,” he said.

He said the labour laws of many countries do not yet include a right to work from home, it might because of the restriction of the nature of work and economic situation, as WFH or flexible working arrangements, could be difficult to implement in industries such as catering, hotel and healthcare and disciplinary forces. “With small and medium-sized enterprises being the backbone of Hong Kong’s economy, there are practical difficulties for them to implement WFH, which means they have to recruit more staff and increase their operational costs. In addition, it is necessary to solve employers’ concerns on staff slacking off and other issues such as online working platforms and online security during WHF,” Dr Lam said.

He advised that, without damaging the core values of Hong Kong as a free economy, the Government should play an advocacy role in encouraging research on the feasibility of WFH and ways to improve employees’ sense of belonging and productivity, in order to promote family-friendly work policies. 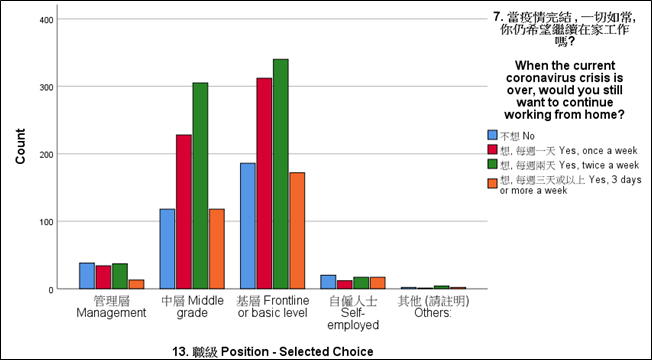 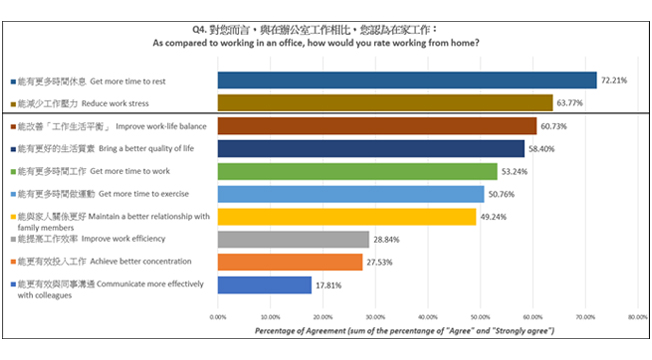 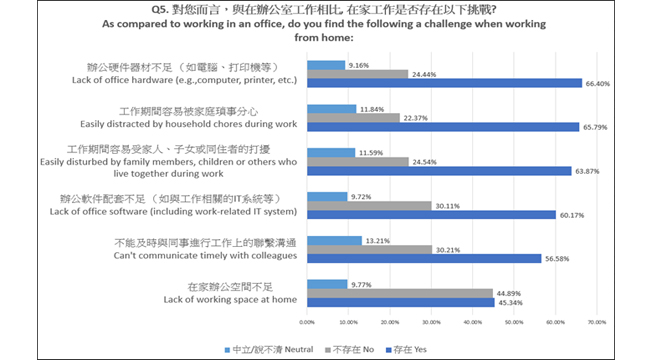 Sing Tao Daily (I) (Chinese only)

News for Hong Kong (Chinese only)