A win-win form of competition 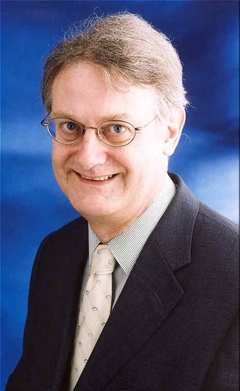 In his long and productive academic career in Hong Kong and in the UK, Professor Robin Snell of Lingnan’s Department of Management has taken a qualitative approach to his research work. He characterises this methodology, which is less commonly used in business schools in Hong Kong, as being more about words and stories than numbers and calculations.

His projects have ranged across a broad spectrum of management and business topics: from a 2019 study of the corporate social disclosure strategies used by US-based multinational gambling firms and their four Macau counterparts, to the application of systems of ‘co-opetition’ by manufacturing businesses.

One of his series of published papers on the latter topic is titled ‘Knowledge development through co-opetition: a case study of a Japanese foreign subsidiary and its local suppliers’. Published in 2015, and the result of work conducted in collaboration with Professor Jacky Hong of the University of Macau, a former PhD student of Professor Snell, the paper outlines how the relationship between TESS, the Shenzhen-based subsidiary of a Japanese manufacturer, and its local component suppliers, operates.

The term co-opetition describes the way in which businesses can, at the same time, be both competitors and collaborators. This study identified the cooperative and competitive routines TESS orchestrates to develop the knowledge and expertise of its local suppliers. Yin-Yang principles inform this process so that, instead of forcing a choice to be made between polar opposites, the polar opposites are brought together in a productive way.

In general, Japanese manufacturers tend to work cooperatively with their suppliers and seek to develop long-term relationships with them. However, they also ensure there is competition between them, so that the manufacturer is rarely left reliant on just one supplier for any component. Where there is only one available external supplier, they will often set up an internal unit as an alternate competitive supplier.

The cooperative element of co-opetition takes a number of forms. In their study, Professors Snell and Hong looked in detail at five of TESS’s suppliers, conducting interviews and observing meetings between them and TESS. These meetings were often about defects. However, since TESS has a high level of expertise in the field of quality assurance, if there were quality control problems in the supplier’s factory, TESS’s management wouldn’t just point out these issues, but they were also happy to send its own engineers to the supplier’s factory to help resolve them. And if TESS’s locally-based engineers weren’t able to find a solution, engineers could be summoned from Japan. The company also makes sure its suppliers understand how their components function within the overall product, and holds monthly workshops to help its five worst-performing suppliers improve. These suppliers also appreciate what is a win-win situation, recognising that if they are good enough then they will get help and support.

TESS was seen to be creating knowledge through these sorts of collaborative initiatives to make minor improvements in terms of quality assurance, efficiency and, often, cost control, as well. If, through the sharing of knowledge, cheaper materials can be identified that work as well, or better, than those currently used, everyone benefits in financial terms.