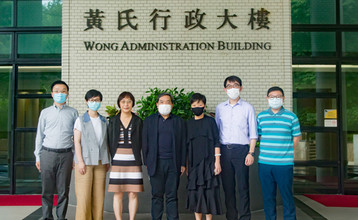 Although the pandemic in Hong Kong has eased, and many industries are showing signs of recovery, the unemployment problem is still severe. In order to examine unemployment and social security in Hong Kong, and offer feasible suggestions to the Government and related organisations, the Institute of Policy Studies of Lingnan University and Oxfam Hong Kong invited experts and scholars to discuss unemployment protection from different perspectives. 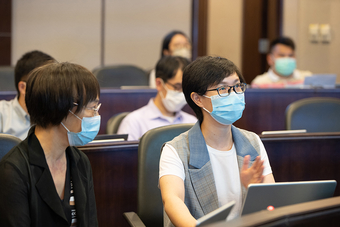 Professor Pun Ngai, Chair Professor of Cultural Studies, Lingnan University, and Dr Duoduo Xu, Assistant Professor, Department of Sociology, The University of Hong Kong, discussed the results of their research, pointing out that unemployment of young people from all walks of life in Hong Kong needs attention. "According to the latest report, released in May, the unemployment rate among young people aged 15-19 last year was as high as 18.9 per cent, and among those aged 20-29 it was 9.9 per cent," said Professor Pun.

With regard to the group of young people (15-29 years old) with higher education, the unemployment rate for those with tertiary education (non-degree) is 6.9 per cent, for those with a bachelor’s degree is 4.5 per cent, and the overall unemployment rate is 5.8 per cent. "I think not many people pay attention to this, and policies often ignore this group. It is generally believed that only older people with lower levels of education face unemployment, but highly educated young people also have the same problem.”

Dr Xu added that, in general, it is understandable that more young people should be unemployed during an economic recession, because they have less work experience and lower bargaining power. "The 2020 figures show that youth unemployment has reached a record high - worse than during the 1997 Asian financial turmoil, and SARS in 2003. It is worth noting that the figures for NEET (Not in Education, Employment or Training) youth are as high as 11 per cent, and those who have only been to junior high school and below even reached 17 per cent."

In order to gain a deeper understanding of the impact of the epidemic on grassroots employees in Hong Kong, Prof Pun and Dr Xu conducted a survey with Oxfam from January to June 2021. In the 225 valid questionnaires, it was found that most of the respondents' current savings do not cover daily expenses for more than three months. And, due to strict income assessment and a stigmatised image, only a very small portion of the unemployed will apply for the unemployment Comprehensive Social Security Assistance (CSSA) scheme, and "Hong Kong should look at other developed societies in order to establish an unemployment insurance fund to protect the interests of employees and to fit current labour market policies."

The possibilities of implementing unemployment insurance 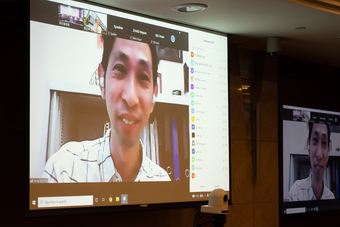 Mr Peace Wong Wo-ping, Chief Officer, Policy Research and Advocacy, The Hong Kong Council of Social Service, talked about the survey on the unemployed and underemployed grassroots level conducted by the Anti-Poverty Alliance in March and April this year, and found that the median monthly family income of the respondents fell from $20,000 before the epidemic (January 2020) to $11,000 before the survey (February 2021), or a drop of nearly 42.5 per cent. And 79 per cent of the respondents felt financial pressure.

He added that when family members were unemployed and underemployed, only 27 per cent of families applied for regular government cash assistance. Of the respondents eligible for CSSA, 87 per cent do not apply. And among those eligible for the Working Family Allowance Scheme (WFA), 41 per cent do not apply. "Eligible respondents do not apply for CSSA or WFA because of the negative social image associated with the system, complicated application procedures, information dissemination and lack of transparency." He suggested that the authorities should be more clear, and simplify applications to minimise this.

Mr Wong also observed that people who are in favour of unemployment insurance think it will give them more time to find a job or study, while those who oppose it are concerned that they will not be protected if they are forced to resign. They worry too that the contributions will increase their financial burden. These are the core issues we have to consider when designing an unemployment insurance scheme."

In his speech, Professor Wong Yu-cheung, Professor, Felizberta Lo Padilla Tong School of Social Sciences, Caritas Institute of Higher Education, wondered whether Hong Kong can implement the unemployment insurance scheme. He pointed out that about 72 countries and regions in the world have some kind of unemployment insurance system and, based on the average of the 24 countries of the Organisation for Economic Cooperation and Development (OECD), about 28 per cent of the unemployed get income protection. "During the early stages of unemployment, their net replacement rate of insurance premiums was 64 per cent, about two-thirds of their monthly salary. Taking the Hong Kong median income of $20,000 as an example, after deducting taxes and social insurance contributions, their net income is $18,000. If net replacement is 60 per cent, their unemployment insurance could reach $10,800 in the first six months of unemployment."

If Hong Kong is to introduce an unemployment insurance scheme, he suggested that it needs to include everyone on a salary. Employers and employees should each contribute two per cent, and the upper and lower contribution limits should be roughly the same as the MPF. The replacement rate should be 67 per cent, and the maximum amount $20,000 per month for six months. In addition, the Government should keep the unemployment CSSA to assist those unemployed for more than six months. "I believe financially, it is feasible, but there will also be opposition, saying the system will increase the unemployment rate, change the role of the Government, which has never managed a fund pool, and increase the burden on workers." 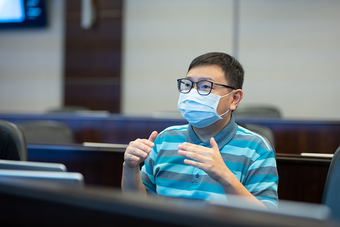 Professor Au Yeung Tat-chor, Assistant Professor, Department of Sociology and Social Policy, Lingnan University, discussed the relationship between severance payment, CSSA, and unemployment protection in depth. He pointed out that the advantage of statutory severance is that it can alleviate immediate unemployment costs, especially when social security fails to address the consequences of losing a job. "Severance pay can provide better protection for workers with longer contracts or working periods, because it is usually calculated on the length of service in the same enterprise," he said.

Cooperation on Mainland policies with the Bay Area 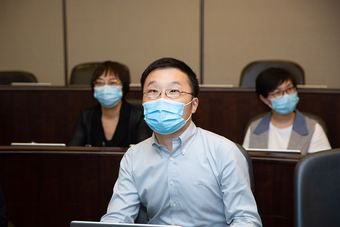 "The Unemployment Insurance Fund is a special plan under the Mainland's social insurance funds. It was established mainly to secure the basic living standards of workers who lost their jobs," Dr Liu said, "but with continuous revision and adjustments, the Mainland’s unemployment insurance scheme has been improved. Hong Kong may also consider implementing the system first, and then fine-tuning it, at the same time as establishing an unemployment insurance fund pool. Hong Kong may also adopt different measures during specific economic conditions." 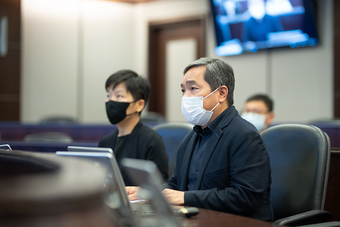 Dr Liu echoed the opening marks by Professor Joshua Mok Ka Ho, Vice President and Dean of the School of Graduate Studies of Lingnan University, who said "The development of the Greater Bay Area has accelerated the interaction of the flow of people, logistics, knowledge and policies between Hong Kong and the Mainland. Can the Mainland unemployment protection scheme help solve the current unemployment problem in Hong Kong, or will the Greater Bay Area create more job opportunities and increase the degree of mutual recognition of professionals in the near future? These issues are worth discussing."

Professor Mok believes that the pandemic, which has lasted for nearly two years, has made the world understand the importance of cooperation, as no country or region can tackle it by itself. He hopes that this cooperation between the Institute of Policy Studies and Oxfam Hong Kong can offer society and the Government substantive suggestions to solve Hong Kong's social problems at the policy level. Ms Kalina Tsang, Director General of Oxfam Hong Kong, agreed, saying "I hope that this seminar, which has gathered ideas from different aspects and perspectives, can make the Government, businesses, social welfare, academia, and other sectors pay attention, and take action on the current unemployment and unemployment protection problems in Hong Kong."

The joint seminar is just one example set by Lingnan University, which ranked world number three for “Quality Education” in the Times Higher Education (THE) Impact Rankings 2021, that it is achieving the United Nations’ Sustainable Development Goals (SDGs): 1-No Poverty, 8-Decent Work and Economic Goals, 10-Reduced Inequalities and 17-Partnership for Goals.