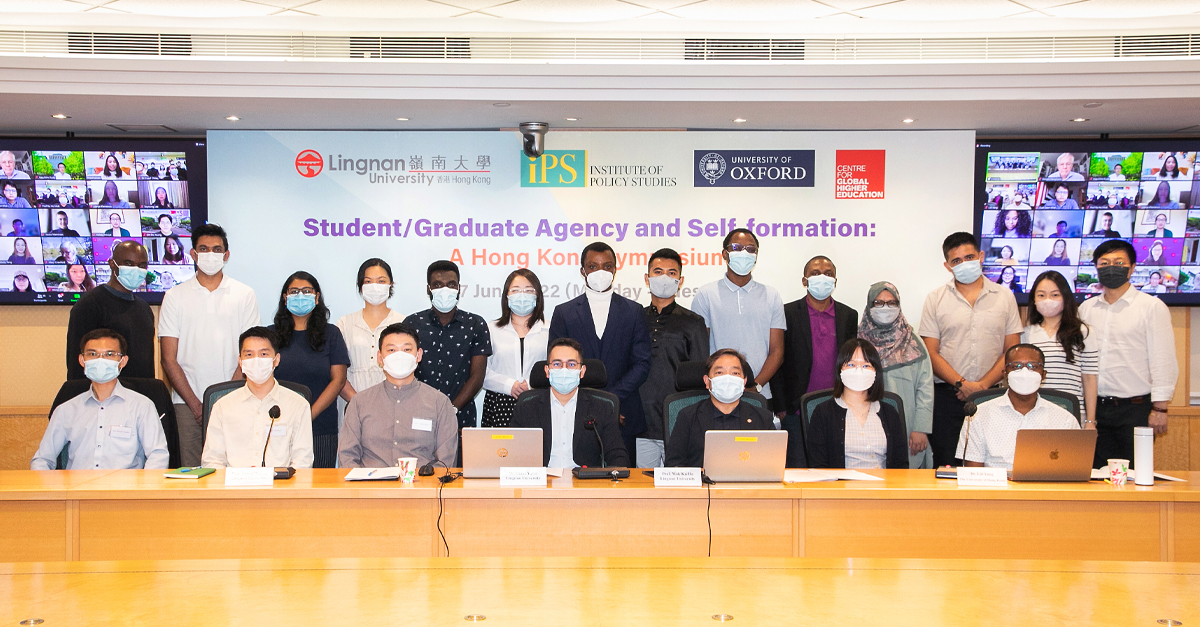 On 6-7 June 2022, the University of Oxford’s Centre for Global Higher Education (CGHE) and Lingnan University’s Institute of Policy Studies, jointly hosted a symposium focused on the concepts of agency and self-formation in higher education. On-site at Lingnan University Campus in Hong Kong, and online, a total of around 100 participants were in attendance.

Prof Marginson went on to identify four elements of self-formation - autonomy, the will to learn, reflexive agency, and immersion in knowledge – and observed that students develop these qualities, not in isolation, but in relation to the other members of their cohort.

In his introduction to the event, Prof Mok pointed out that, while there was nothing wrong with the traditional view of higher education as a process of human capital creation, it is also essential to nurture the capacity of students for reflexive self-formation. Prof Mok hailed the significance of this symposium in encouraging collaborative research in this field. “We have speakers from universities in eight regions or countries, including, but not exclusive to, the UK, the US, Hong Kong, China, Japan, Turkey, Australia and Switzerland. This demonstrates the importance of international cooperation.”

A conceptual discussion on self-formation

The symposium’s first session opened with a presentation by GCHE member Ms Soyoung Lee, in which she outlined her doctoral research project, Theorising Student Experiences in Higher Education as Academic Self-formation.

While the emerging self-formation perspective promised to place student agency centre stage, Ms Lee said more empirical and conceptual development was required as a basis for research programmes in the field.

“Self-formation is not confined to higher education only,” she noted, as similar concepts also occur in fields such as philosophy, psychology, and history. In her own study, Ms Lee worked with psychological theories of human agency, as well as with ethnographic data from South Korean students. 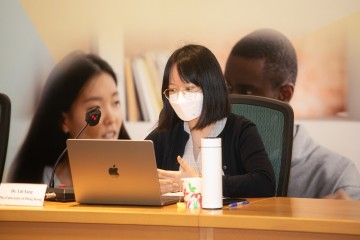 The second speaker in this session was Dr Lili Yang of the University of Hong Kong’s Faculty of Education. Dr Yang spoke on the subject of Student Formation in Higher Education: A Comparison and Combination of Confucian xiushen (self-cultivation) and Bildung. She explained that The Confcuian xiushen perspective blurs the boundaries between the individual and collective entities, and sees the world as a harmonious whole.

“This ‘Great Harmony’ requires every individual to focus on self-cultivation.” Their own personal motivation, devotion, and perseverance, are key, and there is little emphasis on the environment around them. According to the Confucian Book of Rites, xiushen progresses in a series of consecutive steps that begins with a systematic study of things, and ends with a contribution to enlightenment and civilisation.

In contrast, the German concept of Bildung is built on a dualistic worldview in which there is a longstanding tension and interplay between the I and the other. The objective of Bildung is for the I to become a rational autonomous individual in social settings.

“The emphasis is on the environment rather than on the individual’s perseverance, motivation or devotion to this process,” Dr Yang said. This environment must offer the individual freedom and exposure to manifold situations.

Although xiushen aims, primarily, to maintain a harmonious world, whereas Bildung focuses on the protection of individual liberty, both focus on free will and both share an emphasis on moral qualities and public spirited-ness. “If we combine their complementary aspects we can argue that, theoretically, the best situation for individual formation is when individual agency is harmonised with the external environment,” Dr Yang concluded.

Leading off the subsequent discussion, Prof Marginson highlighted the differing ways in which the relationship between the individual and society were conceptualised in the two presentations, either with these two entities existing alongside each other or with the individual at the core of concentric circles of relationships, one of which represented society. But Prof Marginson said, both models have their place in the support, and study, of student self-formation.

The opening session of the symposium’s second day began with a presentation by Dr Thanh Pham from Australia’s Monash University, on Agency and International Graduates’s Employability.

Instead of passively accepting restrictions and obstacles in the job market, Dr Pham found international graduates displayed a variety of forms of employability agency. She categorised the most common of these as: temporary needs-response agency; structure-navigating agency; strengths-based agency; collective agency, and; identity-oriented agency. The graduates’ ability to engage with each of these forms of agency was dependent on the career stage they were at, and the scale of external support and resources available to them.

Dr Pham concluded by noting employability is clearly different to employment. “It involves, at least, employment, satisfaction, personal and professional growth, sustainability and well-being, (all of) which drive the development and utilisation of forms of agency,” she said.

She recommended students be guided in identifying their personal strengths, priorities and resources. While it is crucially important that institutions create real-life experiences such as placements and internships. 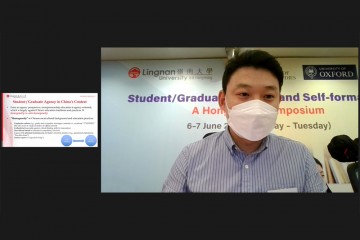 Next to speak was Dr Weiyan Xiong of Lingnan University’s School of Graduate Studies, who examined the issues of employability and entrepreneurship among Mainland graduates and how these relate to agency and self-formation.

Prof Xiong noted that a huge expansion in China’s higher education sector since 1999, coupled with a growing mis-match between graduate skills and labour market demands, had resulted in a sharp rise in unemployment and under-employment among graduates. In response, the national government has launched various initiatives to encourage application-oriented and vocational education.

A 2021 Shenzhen-based study by Prof Xiong and his colleague, Dr Kang, found that, while a lack of appropriate traits and skills, and a shortage of resources, were barriers to young entrepreneurs’ success, culture-related obstacles, such as gender stereotyping and family pressures, were even more problematic.

Prof Xiong then defined a phenomena unique to contemporary China: involution. “This means the irrational and unnecessary competition within an industry and a system, including education and including the job market, which, in my opinion, creates an unfavourable environment for self-formation, and employment.”

The chair of this session, Prof Mok, then praised the quality of the two presentations and moderated the subsequent Q and A, and discussion.

The way forward for discussions and research prompted by this symposium

At the conclusion of this highly successful event, the members of the organising committee thanked the speakers and participants for the engrossing presentations and discussions those in attendance had enjoyed.

The committee members also looked forward to continue working with all those who had taken part, and that ongoing discussions related to student/graduate agency and self-formation could be pursued across a range of platforms and channels. In addition, the committee promised to be in touch with presenters, via a separate email, regarding potential publications resulting from the symposium.