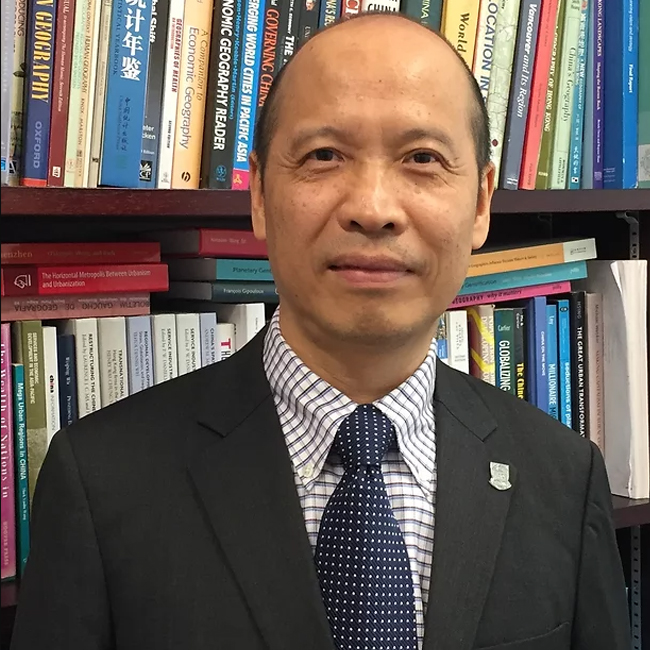 Lingnan University has launched its new online Cities and Governance Seminar Series, featuring a range of illuminating presentations by distinguished experts. The series, co-organised by the university’s School of Graduate Studies and its Institute of Policy Studies, kicked off with Seeing and Planning the Cities of the Greater Bay Area: Extended Urbanism, Intensive (Re)Development, and Regional Innovation, presented by Professor George Lin, Chair Professor of Geography at The University of Hong Kong.

Professor Lin began by analysing the migration of rural populations across the globe to urban settlements."Instead of separate villages, towns and cities we now, increasingly, have the emergence of urbanised zones, called megalopolises," he noted.

Cities that use to exist separately, are now merging together to form an urbanised zone, region or corridor. This, he said, has prompted theoretical arguments as to whether or not China has experienced its own special model of urbanism, driven by policy choices and forces unique to the country.

"The Greater Bay Area is a great laboratory or testing ground in which to evaluate some of the ongoing debates and help us better understand some of the issues still awaiting better explanation."

Along with Tokyo, New York and San Francisco, the Guangdong-Hong Kong-Macau region is one of four most significant ‘bay areas’ in the world. While the GBA has both the largest land area and population of the four, it also currently has the lowest GDP per capita, thereby giving it the greatest potential for growth.

The world’s top innovation hubs are centred on large cities, bay areas and border regions because, Professor Lin contended, these places are home to well-educated workforces, and offer an environment conducive to interaction and the production of tacit knowledge. Again, the characteristics of the GBA means it’s well positioned to become a successful home for innovation and creativity.

The urbanisation of the GBA has occurred in three waves: the bottom-up rural urbanisation that occurred between 1978 and 1995, which saw the rapid growth of small cities and towns; the city-centered urbanisation that began in the mid-1990s, following Deng Xiaoping’s famous tour of southern China that helped spur the growth of large and super-large cities; and the urban renewal that has occurred over the last decade, featuring restrictions on the expansion of city boundaries and the redevelopment, instead, of land occupied by old factories, villages, and neighbourhoods.

Professor Lin explained that an experiment was conducted in Guangdong in late 2008, as part of an effort to address social resistance to urban redevelopment. It was found that giving existing land users a share of the land conveyance income, decentralising government control and guideline-setting, and shifting the decision-making power away from developers, all increased the chances of successful and peaceful redevelopment.

Professor Lin concluded his presentation by setting out some policy changes that could help the GBA develop in the most successful way possible. He suggested that region-based urbanisation requires a degree of cross-border governance. An accommodation between the new and the old districts in cities, and the differing values and cultures they represent, needed to be found. Urban development had to be based on a strategy of inclusiveness, involving established communities, migrant populations and developers. And he wanted to see genuine, rather than symbolic, participatory urban governance.