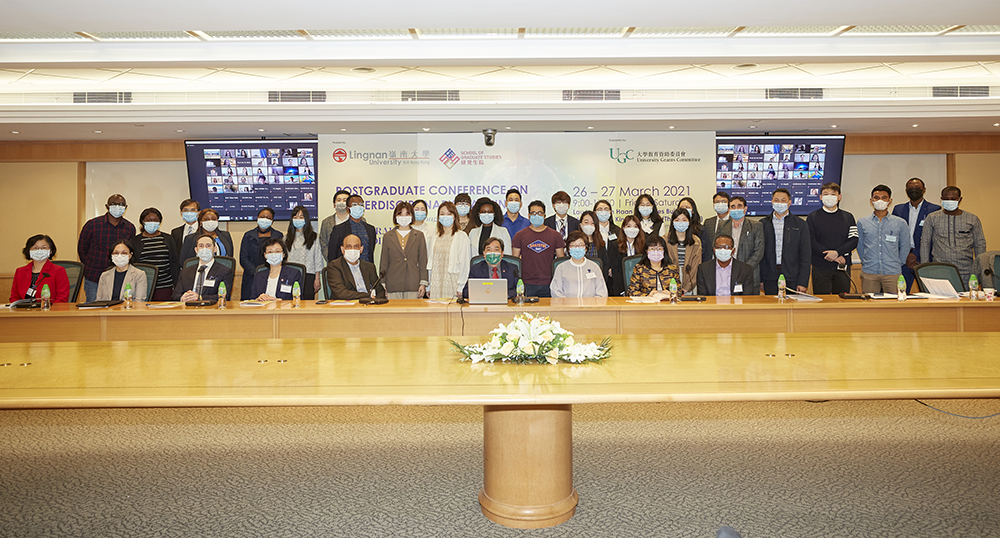 Re-imagining postgraduate studies for a future that is being reshaped at breakneck speed by technological, political and environmental developments, was the challenge taken on by those participating in this latest event organised by the School of Graduate Studies.

Over 100 presenters from Hong Kong, Mainland China, Taiwan, the UK, Russia, Sri Lanka, Lithuania, Indonesia, Romania, and India attended the Postgraduate Conference on Interdisciplinary Learning held on 26 and 27 March 2021. The Conference attracted over 200 participants from more than 11 countries/regions joining on site at our Campus in Hong Kong and others online via zoom.

After welcoming students and speakers, both from Hong Kong and overseas, to the conference, Professor Ka Ho Mok, Vice President of Lingnan University, and Dean of its School of Graduate Studies, pointed out that unlike most liberal arts universities in the United States, Lingnan offers liberal arts programmes at postgraduate levels.

“We also partner with other universities globally to support and promote sustainable and responsible education,” he continued, with this policy reflected in Lingnan’s first place for Internationalisation in the QS Asia University Rankings 2020.

Looking at health literacy through a culturally-specific lens 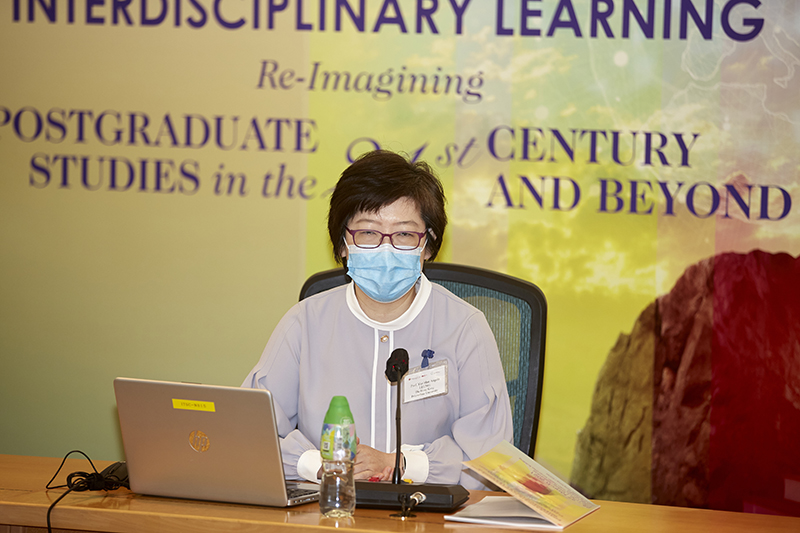 In 2019, the WHO defined health literacy as the skills that facilitate gaining access to, understanding and using, information that promotes and maintains good health. Currently, health literacy is playing a key role in determining the uptake of COVID-19 vaccination opportunities.

During the course of her career, Professor Angela Leung, of the School of Nursing in The Hong Kong Polytechnic University, has come to recognise the interaction between culture and health literacy. In her keynote presentation to the conference, Prof Leung shared the insights she’d gleaned from her 10-year research experience working in the field of health literacy. In the course of their work, she and her project team developed scales for measuring ‘health literacy’.

They began by looking at health literacy regarding diabetes, a disease she was familiar with. “Then we extended this to the development of another instrument that covers more illnesses, like arthritis, chronic respiratory diseases and hypertension, as well as diabetes – the four chronic diseases.”

The measuring process was improved by a subsequent switch to the use of a multiple choice questionnaire. But it was when Prof Leung visited the United States, a country with a large ethnically-Chinese population, that she realised how health literacy is strongly embedded in culture, and that the approaches of healthcare professionals need to be adapted in the light of this.

Prof Leung described how she then went on to develop a mobile app that not only identifies individuals with undiagnosed diabetes, or pre-diabetes, but also supports the growth of their health literacy and decision-making skills. In recent years, her focus has switched to health literacy around dementia and the ways in which technology can be used to support caregivers’ access to, and ability to interpret, health information.

Taking the long view on research and education 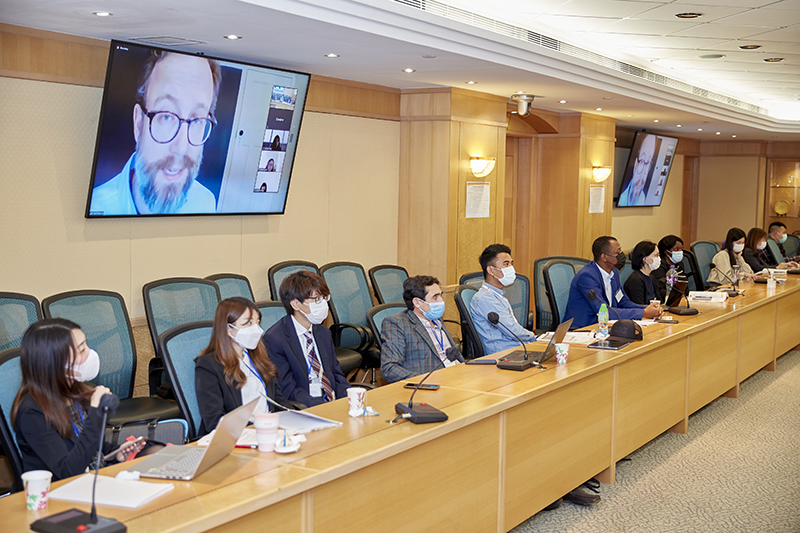 Though the efforts to mitigate the effects of the COVID pandemic have required emergency policy measures, the keynote presentation from Professor Neil Kellard, Dean of Essex Business School at the UK’s University of Essex, called for the taking of a longer-term perspective on both research and education policy. To support his argument, Prof Kellard drew on his own research work.

First, he pointed to his work which showed it is dangerous for economies to specialise in the production of just one or two export commodities, as demand, and therefore price, can fluctuate dramatically when looked at over a time span of centuries.

Prof Kellard then moved on to the trends he’d observed in the development of financial systems. In the short-term, these developments tended to extend services, such as access to a bank account, to loans and to reasonable interest rates, to the previously disadvantaged. However, he noted, in the long-run the benefits tend to accrue to those already included in the system, thereby increasing inequality. “So, policy makers really need to think about credit expansion and, maybe over time, fiscal redistribution, perhaps through progressive income tax, as well as regulation and financial education.”

When it came to policies aimed at limiting the damaging impact of climate change, Prof Kellard looked at how successful the EU’s relatively ambitious Emissions Trading System (ETS) had been. The evidence he’d seen so far, however, suggested the ETS pricing framework fails to adequately compensate pro-active firms for their behaviour, or penalise those who pollute for theirs.

The last of the research areas he considered was the long-term future for education – particularly business and finance education.

The causes of ongoing sex selection in family building in India 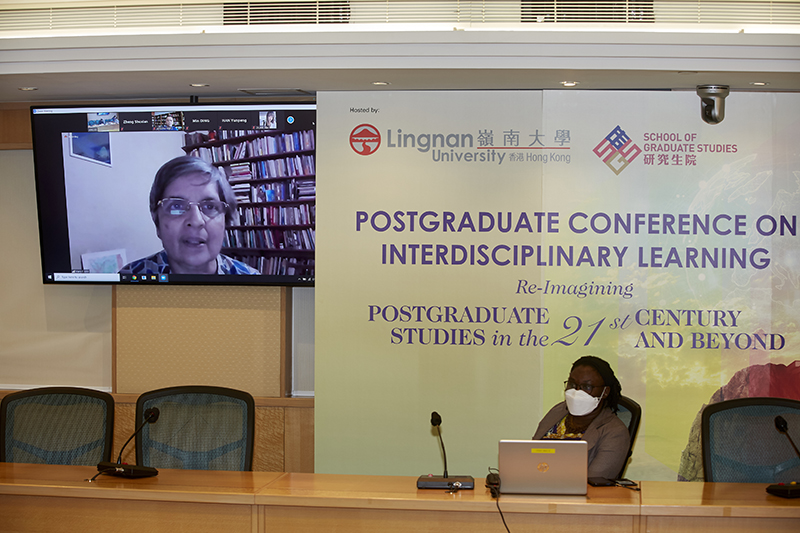 In 1990, the New York Review of Books published an article by Amartya Sen, titled"More than one hundred million women are missing".  This highlighted a huge gender-disparity in mortality rates in the developing world, particularly Asia.

For her keynote presentation to the conference, Professor Mary John, from New Delhi’s Centre for Women's Development Studies, drew on her own field-based, micro-level research into the still-prevalent practice of gender-biased sex selection in India, as a lens through which to examine gender and families.

During the colonial era, British officials encountered practices of female infanticide and their censuses reported gender skews, Prof John noted. While Indian demographers working in the 1960s and 70s, sometime after independence, were puzzled by long-term worsening trends in overall sex ratios. The use of new pregnancy testing technology appeared to be leading to sex-selective abortion procedures, and evidence was found of the disproportionate post-natal neglect of girls.

But in recent decades, there has also been a sharp decline in overall fertility in India, with families under official pressure to have no more than two children.

Though the established analyses of sex selection have viewed it as either a manifestation of traditional Indian culture or as part of the continuum of violence against women, it is now clear the number of surviving male infants is falling as well.

Prof John said that one of the surprising findings of her research was that it was better off, mainly urban, couples that are accessing sex-determination technologies to ensure they, ideally, have a boy and a girl - though definitely not girl-only families.

“We saw the current practice as being the unintended consequences of modernity,” she explained.

However, gender inequality also remains a life-long issue for women. Prof John’s most recent study, conducted between 2017-2018, found that even young Indian women with impressive academic qualifications could still struggle to find a job. “So marriage remained the main source of economic and social security for daughters.”