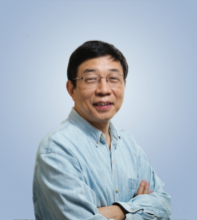 Prof. Cai joined Lingnan as a chair professor in 2013. After he received his doctorate from Princeton University, he taught at the State University of New York at Stony Brook and completed his postdoctoral work at University of Michigan at Ann Arbor before moving to the University of Illinois, Urbana-Champaign in 1993, where he has been teaching ever since.

Prof. Cai’s research and teaching interests are classical Chinese poetry and poetics, literary theory, comparative literature, aesthetics, and philosophy. He is the author of The Matrix of Lyric Transformation: Poetic Modes and Self-Presentation in Early Chinese Pentasyllabic Poetry (Michigan, 1996), Configurations of Comparative Poetics: Three Perspectives on Western and Chinese Literary Criticism (Hawaii, 2002; Chinese edition published by Peking University Press in 2012), and How to Read Chinese Poetry Workbook (co-authored with CUI Jie; Columbia, 2011). He has edited A Chinese Literary Mind: Culture, Creativity, and Rhetoric in Wenxin Dialong (Stanford, 2001), Chinese Aesthetics: The Ordering of Literature, the Arts, and the Universe in the Six Dynasties (Hawaii, 2004), and How to Read Chinese Poetry: A Guided Anthology (Columbia, 2008). He has also published numerous articles in both English and Chinese on classical Chinese poetry, literary criticism, comparative literature and philosophy (For pdf .les of his published works, please visit http://zongqicai.weebly.com).

Prof. Cai is the co-founding editor-in-chief of Journal of Chinese Literature and Culture (JCLC), a semi-annual journal co-hosted by Peking University and University of Illinois, Urbana-Champaign and published by Duke University Press. This journal, launched in 2014, will primarily publish research articles and essays on premodern Chinese literature and all aspects of the broader literary culture. It is committed to an international editorial vision and to promoting in-depth exchange and collaboration among scholars working in China, America, and other parts of the world.

Working with his colleages in the Chinese Department, Professor Cai has helped to re-launch Lingnan Journal of Chinese Studies, once a renowned publication known for its cutting edge scholarship on Chinese traditional learning.