The 2021 NCCU–LU International Research Seminar, co-organised by National Chengchi University College of Education and Lingnan University, took as its theme ‘The Changing Context of Global Higher Education in the Post Pandemic’. As it does on an annual basis, this year’s event provided a platform for scholars from around the world to exchange significant ideas and research findings.

Professor Chao Yu Guo, Dean of the College of Education at National Chengchi University, opened proceedings by welcoming participants and thanking all those who had worked to make the event possible. Prof Guo said the focus would be on identifying and understanding the dramatic changes that had taken place in the methods of teaching and learning during these challenging times. “This should help us develop a new teaching and learning model in the future.”

Next to speak was Professor Ka Ho Mok, Vice-President of Lingnan University, who explained the work done at Lingnan over the last two years to mitigate the effects of the pandemic on students and the wider society. These measures ranged from allowing students great flexibility within a hybrid-learning model to developing innovative products and tools to help the most vulnerable Hongkongers battle COVID. “All our activities, in terms of learning, teaching, research, and also wider engagement, are in support of the UN’s SDGs,” Prof Mok noted.

In his opening remarks, Professor Robin Jung Cheng Chen, Deputy Dean of the College of Education at National Chengchi University, outlined the “Excellent Educators in East Asia” programme, which National Chengchi University has developed in collaboration with Tohoku University and Korea University. The programme aims to promote academic mobility, support the building of international interpersonal networks, and boost the influence of East Asian academic talent. 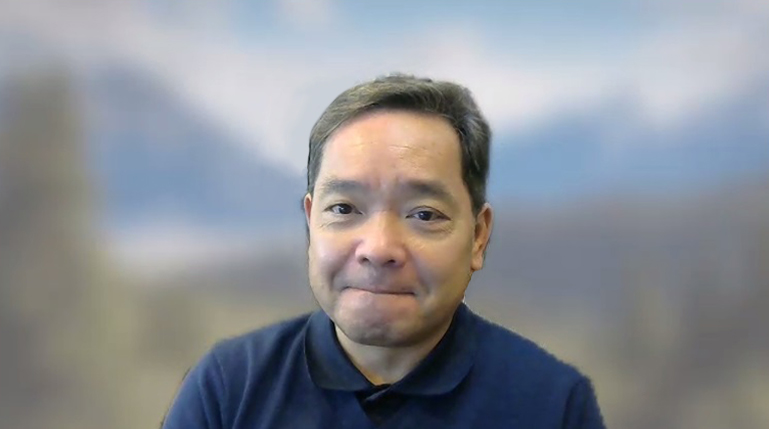 Prof Mok said the pandemic’s negative effects on higher education were global. Campus closures, and the resulting sudden switch to online classes, had implications for student welfare, as well as their learning. While those graduating were less prepared and less supported as they sought employment. Though the use of online collaboration platforms had increased, overall the pandemic had a disruptive effect on research activities, and funding for non-STEM projects was harder to come by. With many publicly-funded universities hit by government belt-tightening, private higher education finances suffered because of a drop in enrolment by international students.

However, throughout his presentation, Prof Mok emphasised that the impact was felt much more severely by institutions, students and researchers, in poorer countries. “The African region showed a higher percentage of higher education institutions where research has completely stopped,” he noted. 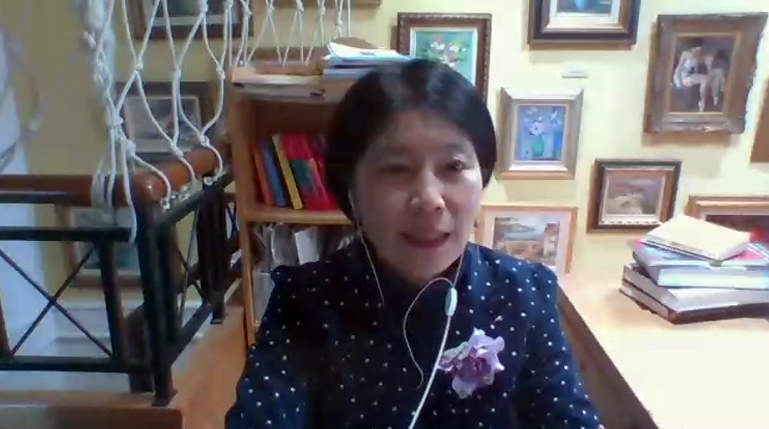 In her presentation, Angela Yung Chi Hou, Professor of Higher Education at National Chengchi University, explored the challenges around transnational research partnerships before and during the COVID-19 pandemic. Prof Hou explained that the case study used in her research was a multi-year project on extreme weather resilience, involving more than 11 universities and research institutes from Taiwan and the United States.

Prof Hou had already published a paper on the Taiwan-US project before the pandemic began. Among the notable findings then were the growth in cultural awareness among the researchers and an increase in the internationalisation of the institutions involved.

But during the pandemic, student exchanges ceased, the dual-degree programme stopped, and the project leadership changed. Even so, Prof Hou found that research groups continued to support the cross-border partnership. However, the sustainability of such transnational collaborative projects was reliant on government and other funding. While educational objectives could not be fully reached, she said virtual mobility is a viable alternative for internationalisation in higher education while travel is restricted. 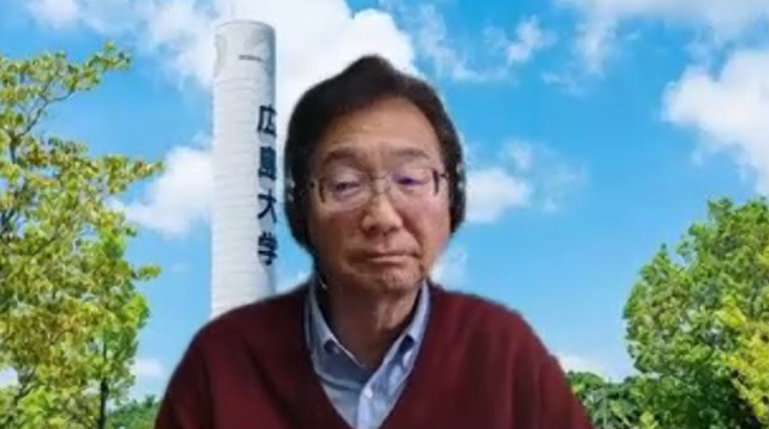 The next topic addressed the lack of international recognition for degrees from transnational higher education institutions in the Asia Pacific region. Professor Hotta Taiji of Hiroshima University’s International Center, and Executive Director of Japan’s National Information Center (NIC) for Academic Recognition, discussed whether the recent UNESCO-driven establishment of such NICs can solve this issue.

Along with the employment market, higher education is facing a radically different future, Prof Taiji said. Universities may well have to change their focus from teaching to self-learning, and to coaching their students in self-improvement skills. In this context, UNESCO’s Tokyo Convention aims to promote a non-traditional, transnational higher education across Asia.

Prof Taiji pointed out obstacles to the development of Asian transnational education which needed to be tackled. Most notable among these, were issues around quality assurance, the official recognition of lesser-known transnational educational programmes, the employability of graduates, and the securing of worldwide confidence in the quality of the academic credentials gained. 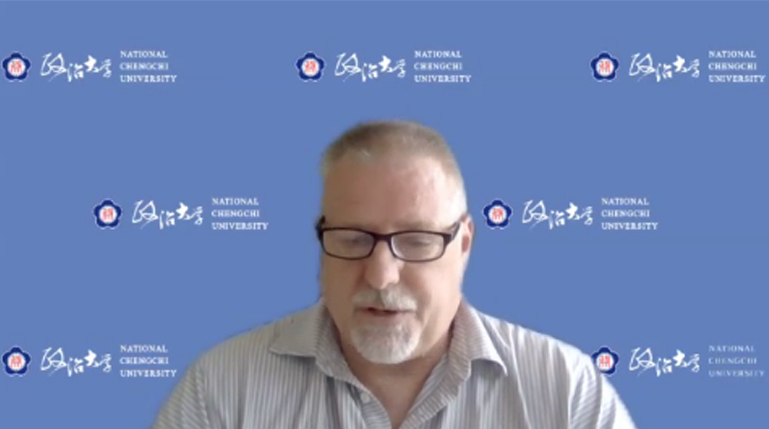 Shifting Power and Agency from the College/University to Students was the title of the address by Professor Joshua Smith of the School of Education at Loyola University Maryland.  Prof Smith said that pre-COVID higher education was already being impacted by digital disruption, growing wealth inequality, and a declining value proposition. Prof Smith advocated centering higher education around the student learning experience and the common good rather than the preservation of the status quo for the benefit of faculty, staff, and administrators.

To increase student agency, he suggested that institutional racism, sexism, and classism needed to be tackled, and there had to be a shift away from an obsession with exams, grades, and rankings.

Instead, faculty development should focus on student-centered pedagogy, adolescent development, and the needs of adult learners. In the first year of university, the emphasis should be on teaching students how to learn in learning environments, real-world project-based learning and cooperative experiences. Discussions of ethics, humility, and the common good, should be made central, and, vitally, Prof Smith said universities should “allow, and supply experiences for, students to fail gracefully”.

The first of the three speakers in the second session was Dr Yusuf Ikbal Oldac of Lingnan University. Dr Oldac presented the results of the research he had conducted, together with Dr Lili Yang of Oxford University, into the interconnections between the Chinese and Turkish science systems. Until recently, these two systems had been seen as peripheral to world science.

However, today, China, for example, is publishing scientific papers at twice the overall global rate. Turkey, Brazil, Iran and Indonesia are among other countries whose output is rapidly expanding. But challenges, including global inequalities and the language divide, remain. 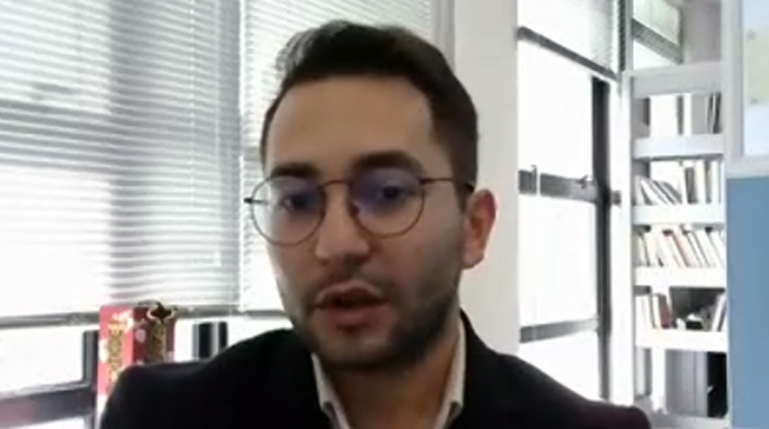 Using bibliometric data from the Web of Science database, Dr Oldac said he and Dr Yang found the number of publications involving collaborations between researchers based in China and Turkey rose from just seven at the turn of this century to 1,360 in 2020. The funding sources, and the institutions involved, were also becoming much more diverse.

“The growing connectivity among traditionally ‘non-centre’ systems and their decreasing dependence on ‘centre’ countries is a strong argument for the multi-polarisation and diversification of global science,” Dr Oldac said.

Next, National Chengchi University Mr Toshiyuki Hasumi and Professor Mei-Shiu Chiu shared the results of their study of the activities of higher education researchers during the pandemic. They had used online mathematics education as their case study, looking at 424 papers using the bibliometric approach.

Mr Hasumi reported that there had been a decline in the production of papers on online mathematics in 2019, but the pandemic years have seen an extremely dramatic increase in output.

Looking at their results for the COVID period, two authors found that international co-authorship diversification had grown, as had the range of countries whose research institutions were interconnecting. Though journals had cut their review times, this did bring a greater risk of retractions, Mr Hasumi noted. Moreover, while pre-COVID researchers had placed a greater emphasis on cognitive aspects in their work, during the pandemic, there had been a shift towards affective aspects, such as anxiety, as well as competence. 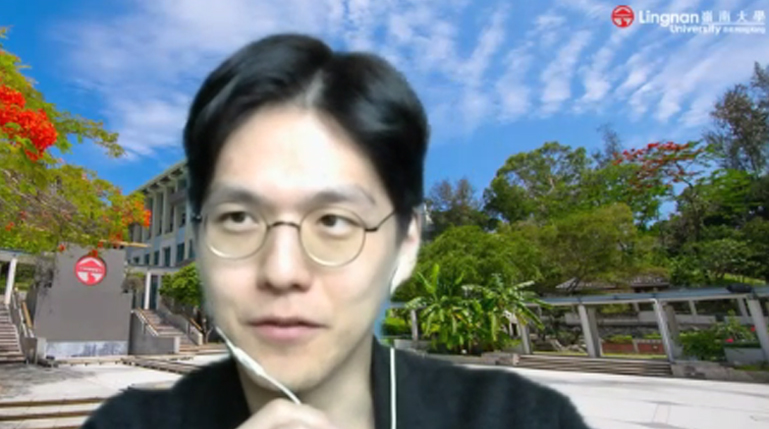 Finally, in this session, Dr Do Young Oh of Lingnan University examined the real estate developer role played by universities in East Asia. Historically, universities have been physically rooted in, and part of, the surrounding society, he noted. Recently, there has also been a drive to position these institutions as a critical resource for the knowledge-based economy of the city, and use this status to negotiate benefits from the government of private firms. However, Dr Oh said, “we can now conceptualise the university as a real estate developer.”

Dr Oh cited two examples. The first was South Korea’s Yonsei University, whose huge Songdo Campus property development generated an estimated profit of US$1 billion. The other was the National University of Singapore which became a real estate developer by agreeing to accommodation for staff and students to be redeveloped as part of a private condominium.

Among the conclusions Dr Oh drew from his research was that the conventional idea of the role of the university was irrelevant in these cases, and such cases can be better understood within the context of the wider urban process.