Which Firms Benefit from Bribes, and by How Much? Evidence from Corruption Cases Worldwide. 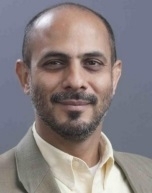 We analyze a hand-collected sample of 166 prominent bribery cases, involving 107 publicly listed firms from 20 stock markets that have been reported to have bribed government officials in 52 countries worldwide during 1971- 2007. We focus on the initial date of award of the contract for which the bribe was paid (rather than of the revelation of the bribery). Our data enable us to describe in detail the mechanisms through which bribes affect firm value. We find that firms that win contracts by paying bribes under-perform their peers for up to three years before and after winning the contract for which the bribe was paid. Firm performance, the rank of the politicians bribed, as well as bribe-paying and bribe-taking country characteristics affect the magnitude of the bribes and the benefits that firms derive from them.

In addition, Professor Rau was Principal at Barclays Global Investors, then the largest asset manager in the world, in San Francisco from 2008-2009. He is an Editor of Financial Management, and Associate Editor of the International Review of Finance and the Quarterly Journal of Finance. His research interests lie in the area of corporate finance and market efficiency. His research has frequently been covered by the popular press including the New York Times, the Financial Times, the Wall Street Journal, and the Economist, among others.