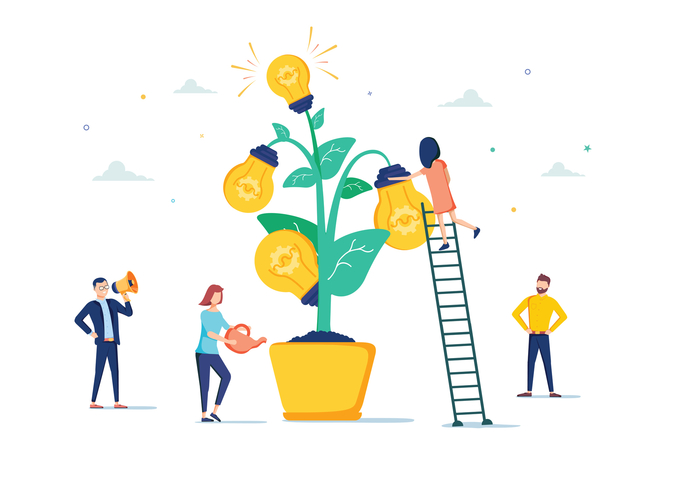 For the recipients of this year’s Teaching Excellence Awards, seeing students reach their full potential is more important than good grades or promising jobs.

“I seek to teach the person, not the subject,” says Prof Grace Chou Ai-ling, Associate Professor of Teaching at the Department of History. “What I want most for students is that they come to want — that is, that they locate and create within themselves desire: the desire to know, to engage… to explore.”

Prof Chou is the pioneer academic who introduced the widely recognised pedagogy “Reacting to the Past” (RTTP) to Hong Kong. Part of the game method RTTP employs is active role-playing in which students assume the identities of historical figures, argue persuasively, and react to a critical historical moment.

2011 was a turning point for Prof Chou, when she was appointed by Lingnan as an Outcomes-Based Approach (OBA) Fellow and became a learner-centred teacher. “Previously I had always thought of teaching, especially in history, as just presenting and organising information. But the whole idea of OBA is that it’s the students themselves who achieve certain learning goals, rather than my own teaching goals dictating student’s learning processes.”

One particular student stands out as having made Prof Chou’s career particularly rewarding. “She had been on probation multiple times with many difficulties. As her teacher and advisor, I met her every week and helped her set up a schedule for every class and for her homework. I showed her how to organise herself.”

Prof Chou was pleased to saw this student achieve a GPA of 3.67 in her final term. She is now a civil servant, and recently wrote to Prof Chou about an application for her Master’s degree. “What she wrote to me was so well thought out and so organised and well-expressed, demonstrating such a commitment to improving herself so as to make a more significant contribution to society. It was just incredibly impressive.’’

“That’s what education is about — to empower students so that they have the skills and the confidence to go forward to do whatever they want to do and to be a positive person in the world,” Prof Chou says.

When Lingnan launched the Teaching Excellence Award in 1997, Prof Lau Kin-chi, Associate Professor of the Department of Cultural Studies, was the first recipient, and this year she receives the award for her Lingnan Gardeners project with team members Au Yeung Lai-seung, Jin Peiyun, Lee Kiu-chi and Dr Yan Xiaohui.

In her 33 years at Lingnan, Prof Lau has taught courses ranging from literature, culture and gender to local governance, with a particular focus on food and sustainability. In the Lingnan Gardeners project, officially launched in 2014, Prof Lau shows participating students the essence of food and life – soil and water – and how they relate to our world and society.

“It is by cultivating the students’ capacity to relate to soil, water and food that they learn to connect today’s problems with the history of development, modernisation, and the politics of food, land and water, as well as climate change and health issues with consumption patterns,” Prof Lau explains.

In addition to encouraging students in the Cultural Studies Department to farm, the Lingnan Gardeners also teams up with the Office of Service-Learning for various activities, including sharing and cooking the farm produce with the elderly in the community on a regular basis. “The young students and the elderly have the opportunity to work together and exchange ideas. Furthermore, the recipes they cooked were written down and circulated,” she adds.

In truth, the seed of promoting sustainability and farming was sown long before. As early as 2005, Prof Lau arranged summer internships for Cultural Studies students of Lingnan on a farm near Beijing. “There were four girls the first time. And when they finished the ten-week internship and were waiting for transport to leave on a road trip they had planned, they all started to cry when they realised how much they would miss the farm, and then decided to go back to and work for another month,” Prof Lau recalls.

After graduating, one of the girls went to Hunan Province to become a rural teacher on a salary of only RMB1,000 per month. This would be considered a disaster statistics for Lingnan graduates, Prof Lau laughs. Later the student did her PhD at Peking University and is now CEO of a respected Chinese corporation, exploring the production of recycled aluminium.” Prof Lau is moved by the story, not because of the student’s academic or career achievements, but her concern about the environment and wellbeing of people worldwide.

Asked what Prof Lau looks for in her students: “The first thing I want them to do is to love themselves more, carry self-confidence and dignity, and to appreciate their own strengths and be least concerned about the grading other people give to them,” she says.

“Teaching is not merely transferring knowledge and skills from me to students, but a process of interaction that creates an environment for both the teacher and students to learn and grow.” Prof Alan Lee Lap-fai, Assistant Professor, Department of Applied Psychology shares, adding that teaching and learning are most effective when the teacher thinks from the student’s perspective.

“I always try to put myself into the students’ shoes when I design the course structure, when I prepare the materials, and, most importantly, when I interact with students,” he says.

Prof Lee admits that his courses, including Research Methods and Statistics for Psychology, Biological Psychology, Sensation and Perception, may be difficult for students without a background in science, but instead of pushing them hard to be academically successful, he wants them to enjoy the process of learning and become enthusiastic about science and knowledge.

“Every class is a sharing session to me, and I don’t think I am any more knowledgeable or smarter than any of the students. Even if they forget everything that I’ve said in a class, or even in the whole course, I love to see the enthusiasm that they’ve gained throughout the course.’’

“In fact I have seen, every year, every term, a lot of students who put a lot of effort into learning things that are totally against their years of training in secondary school. It’s the dedication and commitment that inspire me most at Lingnan.”

Similarly, sharing is what matters most to Dr Helen Han, recipient of the Outstanding Teaching Award of the Early Career Faculty, who teaches law courses at the Department of Accounting. “Most of my students call me whenever they have a problem, and that is the happiest part of my teaching; I’m so proud that they trust me.” From a legal advices to personal issues, Dr Han is always ready to share with her students, her friends.

One of the most memorable students in Dr Han’s teaching career seemed not very ambitious or active in class, “but one day after class she told me that because of my course she had registered to open her own business selling second-hand goods online.” Since then, Prof Han has been helping the student with business and legal and other advice.

“I realise that all students have potential, and can apply their knowledge to realise their dream,” she says. 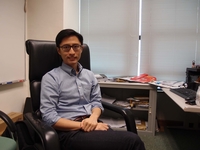