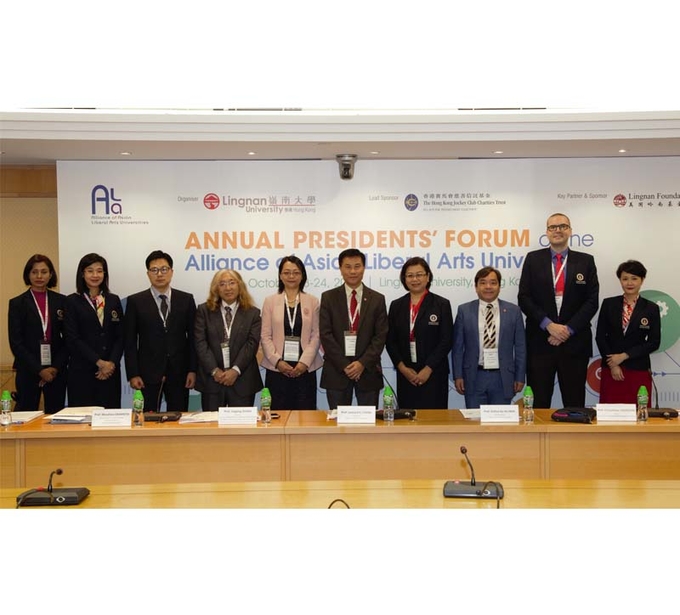 The Second Annual Presidents’ Forum of the Alliance of Asian Liberal Arts Universities (AALAU) was held on 23 and 24 October at Lingnan University. The two-day forum drew about 50 educational leaders and scholars from seven countries and regions to exchange views and explore areas including research collaboration, programme development, civic engagement, and entrepreneurship and innovation.

This year, a thematic session entitled “In the midst of Ageing Population and AI Revolution: The Changing Roles of Liberal Arts Universities in Asia” was presented at the forum.

The forum was supported by The Hong Kong Jockey Club Charities Trust as lead sponsor and the Lingnan Foundation as key partner and sponsor.