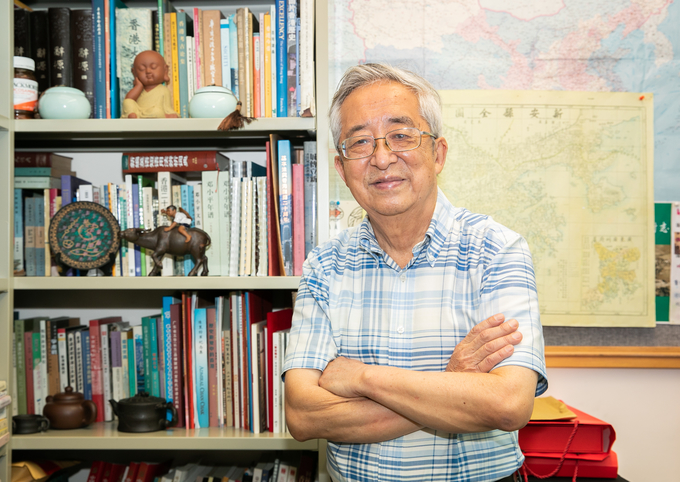 Hong Kong’s War of Resistance against Japanese Aggression is historically important. Since 2017, in order to relate these little-known stories and use anti-Japanese relics to boost cultural tourism projects,  LU’s Hong Kong and South China Historical Research Programme (HKSCHRP) has worked with different organisations and institutions, including the descendants of the Hong Kong Independent Battalion of the Dongjiang Column (anti-Japanese East River guerillas), to propose three heritage trails in Sha Tau Kok, Sai Kung and Lantau through field research and studies of artifacts, as well as interviews with survivors who witnessed some of the combat and incidents. (Photo above: Prof Liu Shuyong) 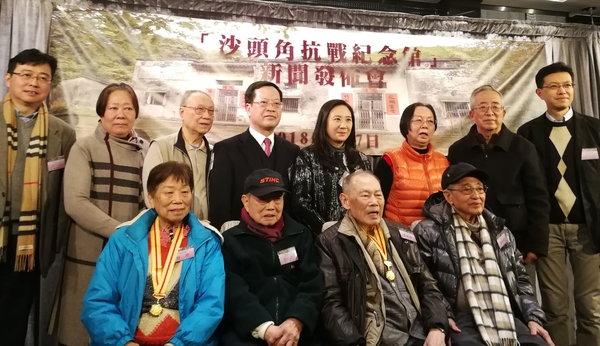 HKSCHRP works with different organisations and institutions to discover the precious history of Hong Kong.

“This is part of Lingnan’s knowledge transfer activities,” says Prof Liu Shuyong, senior research fellow at HKSCHRP. “We share our research with all sectors of society so that Hong Kong citizens, especially the younger generation, can learn more about the things around them and local history.”

"During the Japanese invasion of Hong Kong, the colonial government surrendered after 18 days of fighting. During the three years and eight months of the Japanese occupation, only the Hong Kong Brigade of the Anti-Japanese guerrillas continued to resist. They probably had fewer than 1,000 members, but 115 of those were sacrificed." In the torrent of history, the three years, eight months and 1,000 people are a trivial number, but a number full of countless stories and historical significance.

"The work is quite challenging,” Prof Liu said. “Nearly 80 years have gone by, and so most of the veterans are dead. Our main task is searching for clues from what they wrote, and then we go to the sites looking for evidence. 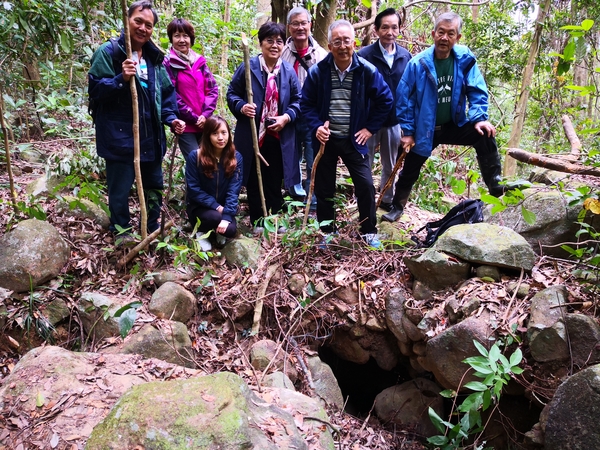 Prof Liu's research work includes field visits and and studies of artifacts, as well as interviews with survivors who witnessed some of the combat and incidents.

"For example, one night in May 1943, Liu Chunxiang, head of the Lantau Squadron of the Brigade, took several team members to Lung Kwu Tan in Tuen Mun from Tung Chung on a sailing boat, planning to open up a new base. They were attacked by a Japanese gunboat, their boat was sunk and most people on board died. Of the 115 martyrs in the Hong Kong and Kowloon Brigade announced by the Government, it was believed that eight, including Liu Chunxiang, died then. But when we looked further, we found that 12 or 13 people had died, so who are missing?"

In January 2021, the team finally got the answer:  "A member of the Lantau Squadron who lived to be 100 years old died in Guangzhou, and after his death his family sold his letters as waste paper. A descendant of the Brigade acquired 20 pages in an online auction for over RMB3,000. They say that 12 compatriots died in the incident, including seven guerrillas. The other five were a boatman named Liang Ke and his wife, son and two daughters. Why was his family on board? Perhaps the boat was their home, but also used by the family to make a living. They risked their lives to support the guerrillas.

“On Lantau Island,” Prof Liu says "Lu Feng, the deputy commander of the Brigade, was convalescing at a local nunnery during the Japanese raid, and was transferred to a small hut behind Po Lin Monastery due to the escalating fighting. When Japanese soldiers broke into Po Lin Monastery, Venerable Fat Ho, the abbot, disguised Lu Feng as one of the monks reciting the scriptures. Even when he was severely beaten by the Japanese, the abbot did not betray Lu Feng," he says.

"It is recorded that the guerrillas fought a battle in Tai O and captured all the police officers from a police station, but there was not much information about its exact location. We succeeded in finding it and it is still there." 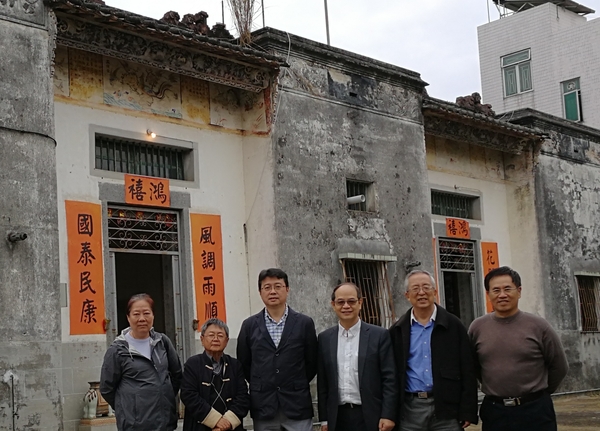 Prof Liu's team is conducting several research projects on the history of Hong Kong’s War of Resistance against Japan with Prof Lau Chi-pang (third from left).

Prof Liu believes that the three heritage trails offer an overview of the historical significance and bravery of the Brigade during the Japanese invasion and occupation of Hong Kong, and says that particulars of the Sai Kung and Lantau heritage trails have already been compiled. As well as the Heritage Trail project, his team is conducting several research projects on the history of Hong Kong’s War of Resistance against Japan with Prof Lau Chi-pang, Director of HKSCHRP, including a book on the history of the Battalion of the Dongjiang Column, which describes important incidents and stories of comrades and courageous civilians with special contributions which should never be forgotten.