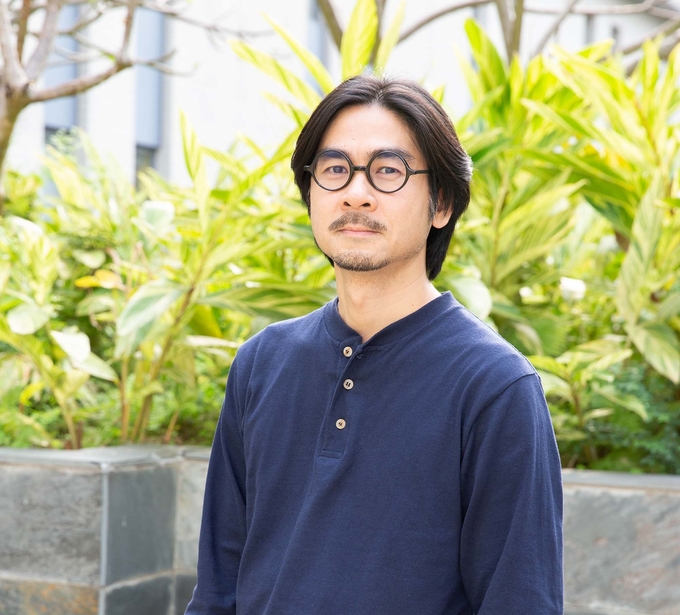 A school campus is always the setting for Adam Wong Sau-ping’s films. Now, he is back on campus, this time to take part in the artist-in-residence programme at Lingnan University in the second term of 2018/19 and share his stories in the film industry.

After graduating from Ying Wa College in 1994, Wong went on to study Fine Arts at The Chinese University of Hong Kong. As an undergraduate, he spent time at the University of Iowa on a one-year exchange programme, a very rewarding experience.

In the 15 or so years since he graduated, Wong has picked up notable awards including Best New Director at both the 33rd Hong Kong Film Awards and the 8th Hong Kong Film Directors Awards in 2013. This was for the highly acclaimed movie The Way We Dance, though Wong is also well known for other works such as She Remembers, He Forgets and Magic Boy. Both these films vividly depict the lives and sentiments of young people in Hong Kong.

While looking back on the last few years, Wong explained the importance in his film-making career of remaining pure and innocent at heart. He noted too that he is coming to Lingnan with a desire to learn rather than to play the role of industry veteran.

I was initially influenced by an inspiring teacher and by my schoolmates in secondary school. They helped me realise that I enjoy being creative and, with that insight, I was determined to become a film director from the age of 17. I was shaken to the core after watching two particular movies, Dead Poets Society and Vacation Summer 1999. They got me dreaming about directing films, and I just followed my heart. Everything was relatively simple and straightforward from then on. In a way, I was sort of innocent and didn’t think much about career development.

Why did you choose to study Fine Arts?

At the time, I didn’t have much choice in Hong Kong. There was no such thing as a university programme in film-making, and my family couldn’t afford to pay for overseas study. To prepare myself for the movie industry, I planned to first immerse myself in art. That’s why I chose Fine Arts; I felt it was the subject closest to the world of film.

Why did you become an exchange student in the US?

In my second year, I was trying to figure out how to get into the film industry. At the time there was a student exchange programme, and one of the options was to attend film-making and film production courses at the University of Iowa on a scholarship. I made a big effort to improve my English and raise my GPA and, in the end, I was successful. Going to study in the US certainly broadened my horizons and gave me a first chance to use professional film equipment.

How did you later get into the industry?

After graduation, I joined a video distribution company, which unfortunately had nothing to do with film-making. Then, in 2002, the boss transferred me to his new film production company, where I was responsible for producing behind-the-scenes documentaries. Finally, I was doing something directly relevant to my ambitions. From that point on, I studied every aspect of the business and started to work on my own films. But not until we started filming The Way We Dance did I truly feel I was somebody in the industry.

Which was the most difficult period for you?

It was probably the decade or so between graduation and the filming of The Way We Dance. I tried to make some short indie films in my spare time using low-budget DIY equipment, and I even quit my job to focus on that. At times, I felt like giving up. Fortunately, though, I received some awards at ifva, which were a real source of encouragement and kept me going.

After founding a studio with producer Saville Chan, I came up with a five-year plan for making a feature film. Though we didn’t get funding straight away, we never stopped working on the screenplay, gathering materials, collecting feedback, and even casting more than 200 dancers. When opportunity knocked, we were ready to make a splash.

How do Hong Kong students differ from those in the US?

Compared with my time, students nowadays are easier to teach. On the one hand they’re better at following instructions, but on the other hand they’re knowledgeable and creative; some of them even have their own visions. They are particularly familiar with the use of various cinematic tricks, thanks to the comprehensive arts education many of them are exposed to.

In the remote and mostly rural state of Iowa, many students, though highly educated, came from a farming family background and had never been to New York let alone outside the US. They treasure liberty, and their work could get pretty bold, wild and crazy at times.

What are the advantages for anyone wanting to enter the film industry in Hong Kong?

Nowadays, if you want to make a film, resources and advanced technology are more generally available. It is good to see that interest in film-making is on the rise. It’s exactly what I wanted to see when I was young. You now have advanced technology, venues for your work, competitions to enter, and social media where you can share your ideas.

Why do you want to teach and be an artist-in-residence?

After completing the movie Magic Boy, I wasn’t happy with the results. I thought it was time to review my approach to directing, and I had the idea that teaching others would also help me see where I could improve. Besides that, I enjoy interacting with students; it is good to hear other viewpoints and that would make you think more creatively.

What are you currently working on as your next movie?

I have just completed filming a sequel to The Way We Dance and I’m currently doing the post-production work. After that, I’d like to take it easy for a while.