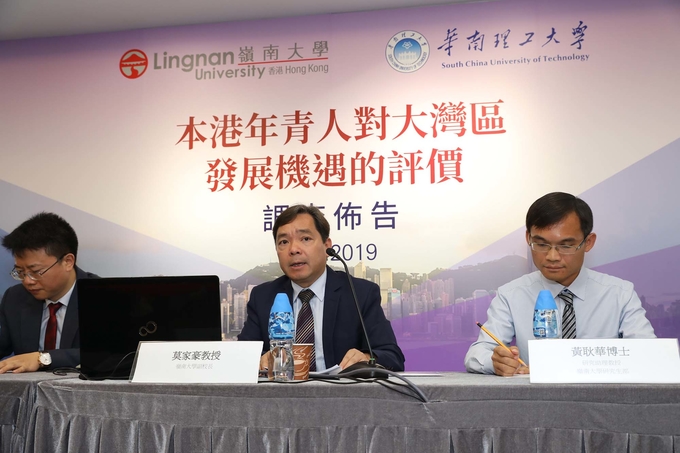 To monitor and study developments relating to the Guangdong-Hong Kong-Macao Greater Bay Area (GBA) initiative, Lingnan University and the South China University of Technology have teamed up to establish the “Joint Research Centre for Greater Bay Area - Social Policy and Governance”.

The centre facilitates exchange and research activities focusing on policy and economic issues. It is the first time local and mainland universities have agreed to collaborate in studying social policy and governance matters affecting the GBA.

The official opening ceremony was hosted on 18 May by Prof Joshua Mok Ka-ho, Vice-President of Lingnan University, and Prof Wang Zhiqiang, Dean of the School of Public Administration at South China University of Technology. They used the occasion to release the findings of their first joint research project, entitled “Surveys on Youth and University Students’ Perceptions on Development Opportunities in the Greater Bay Area”.

The main research was conducted in March and April this year by means of a web-based questionnaire which obtained feedback from two distinct groups. One group was of 1,214 young Hong Kong residents aged between 18 and 35. The other group was 472 local university students who submitted replies.

Part I: Hong Kong youth’s perception of development opportunities in the GBA