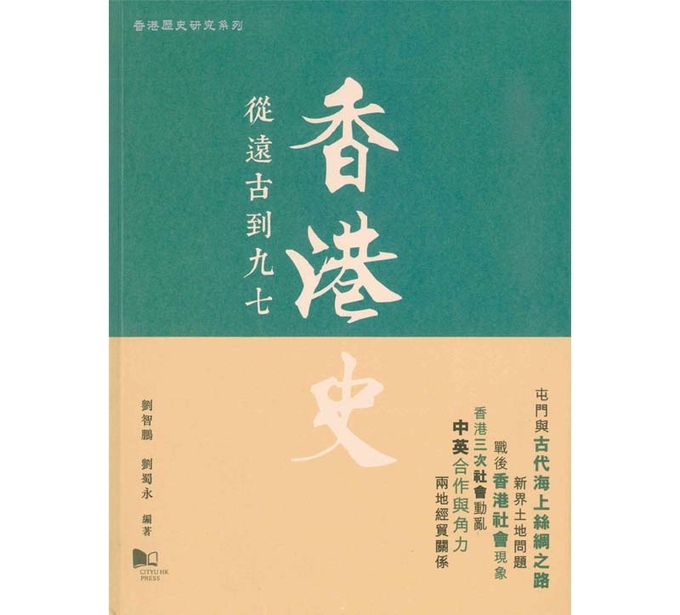 Four new books are being published by faculty members of Lingnan’s Department of History in 2019. The works by scholars Prof Lau Chi-pang, Prof Vincent Leung Sueh-han, Prof Du Chunmei and Prof Diana Lemberg cover periods ranging from the Bronze Age to the late twentieth century and settings from China to the US, demonstrating the breadth of the Department’s research expertise.

A History of Hong Kong: From Antiquity to 1997 (City University of Hong Kong Press), which Prof Lau Chi-pang co-authored with Prof Liu Shuyong, examines Hong Kong’s rise from unremarkable fishing village to pre-eminent international metropolis. Topics of the book delve into the important role that Tuen Mun played in the Maritime Silk Road of ancient China, land development in the pre-war New Territories, and post-war social unrest and reforms under Governor MacLehose. Attention is specifically drawn to the historical interaction between Hong Kong and China, and the engagement and contention between China and the United Kingdom over the issue of Hong Kong.

In The Politics of the Past in Early China (Cambridge University Press), Prof Vincent Leung Sueh-han asks why the past mattered so greatly in ancient China, how it mattered, and to whom. The book presents an innovative study of how the past was implicated in the long transition of power in early China, as embodied by the decline of the late Bronze Age aristocracy and the rise of empires over the first millennium BCE. Appeals to the past in early China were more than a matter of cultural attitude, Prof Leung argues, but rather deliberate ways of articulating political thought and challenging ethical debates during periods of crisis.

Setting modern Chinese history in a global context, Prof Du Chunmei’s Gu Hongming’s Eccentric Chinese Odyssey (University of Pennsylvania Press) presents the first comprehensive English-language study of the controversial intellectual, Qing loyalist, and Confucian spokesman Gu Hongming (1857-1928). Rather than reiterate the popular conception of Gu as an inscrutable eccentric, Prof Du argues that he was a trickster-sage figure who fought modern Western civilisation at a time dominated by industrial power, utilitarian values and imperialist expansion. The book sheds new light on the contested notion of authenticity within the Chinese diaspora and the psychological impact of colonialism.

Finally, Prof Diana Lemberg’s Barriers Down: How American Power and Free-Flow Policies Shaped Global Media (Columbia University Press) explores one of the guiding concepts of post-1945 United States foreign policy, the free flow of information. Although this principle is commonly associated with the United States’ First Amendment traditions or digital-era technology boosters, Prof Lemberg reveals its unexpected roots in political, economic and cultural battles over analogue media in the mid-twentieth century. Ranging across print and broadcast media and technologies like satellite communications, the book uncovers the prehistory of digital-age debates over the politics and ethics of transnational information flows.