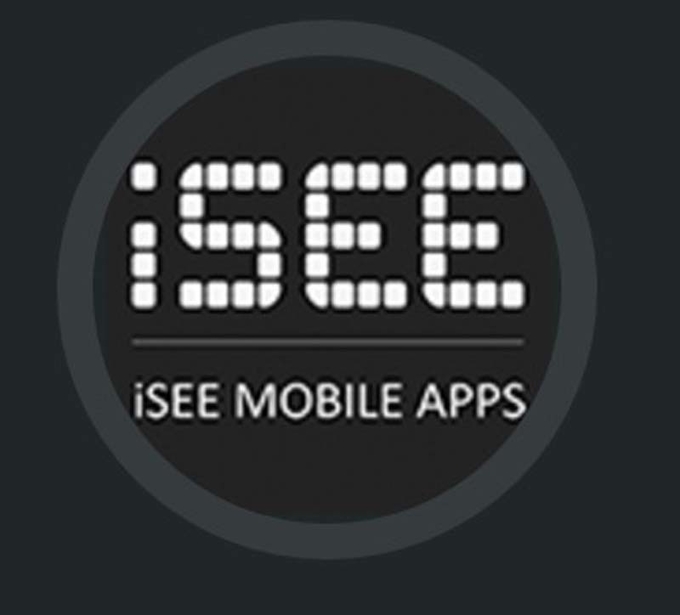 To most people, social service is usually associated with community care actions such as volunteering or paying visits to elderly homes.  However in the case of Tam Ho-yuen and John Pun, both social sciences majors at Lingnan University, it is an opportunity for them to serve as “marketers” for the underprivileged.  By making good use of their social service experience and social network, the duo have promoted a series of iSee mobile apps tailor-made for the visually impaired.  With this project, the team won the Hong Kong Social Enterprise Challenge and an operating fund of $300,000, which will help secure a brighter future in social service for the company.

Ho-yuen and John came clean in the interview and admitted that they knew nothing about writing mobile apps. They met the founder of iSee Mobile Apps, who only knows how to write apps. So they became partners for the social project. Given their social service experience and social networks, the two take charge of business development and customer relations. As it turns out, the Challenge’s top prize provides a financial windfall that guarantees a more sustainable future for their business.

Comprising a group of local young people, iSee aims at creating a range of mobile apps, including iMenu, iMoney, and iNews, to enable the visually impaired to read restaurant menus, identify banknotes (and distinguish denominations), and even read news reports. Because of their physical disability, the visually impaired face no shortage of challenges in their daily lives, seriously limiting their social circles and making it difficult for them to integrate into society. With this in mind, iSee is founded to break down social barriers with technology so that target users can connect with others and live a better life. Sharing this vision and out of appreciation of its noble aim, Ho-yuen and John joined iSee to help market the useful apps. Eventually their efforts bear fruit as an increasing number of businesses and organisations choose to partner with them.

As Ho-yuen puts it, there can be no success without blood and sweat. “At first, when our apps were still relatively unknown to others, we had to go from door to door seeking restaurant partners and trying to work out the nitty-gritty details with charitable organisations. It took us a long time to lay the foundation for success,” he said. Growing up in an underprivileged community himself, he knows full well what the disadvantaged need and so will go the extra mile to promote the apps to potential clients.

Given his personal background, Ho-yuen developed a passion for social service in his childhood. To get a clearer picture of what social service was like in different places, while still at secondary school, he took part in a study tour of social enterprises in Taiwan at his own expense. At Lingnan, he got the chance to study his favourite subject – social sciences, and became determined to carve out a future career in social service.

Unlike Ho-yuen, John had no experience in social service when he entered Lingnan University. It was through his studies there that he became inspired by his fellow students. “The service-learning at the University is really eye-opening for me. There are all sorts of opportunities for me to serve the community, not to speak of a student community steeped in social service culture. You can participate in whatever social service you want,” he said. Volunteering for the first time, he followed his seniors to collect unsold vegetables from markets on behalf of an organisation and distributed them to the elderly in need. Such first-hand experience in lending a helping hand has encouraged him to do more social service.

Since then, John has taken a more active part in service-learning activities. Apart from helping schools organise experience-sharing talks by representatives from various organisations, he has also gained first-hand knowledge of the inner workings of social enterprises through internships. Such experience and the social networks come in handy now that he has become part of the iSee team in the competition. He has identified the synergy of his team members’ respective strengths as the key to their victory. “Actually all our competitors’ apps were very strong on ideas. So at that moment it didn’t occur to us we stood a good chance of winning. But practicality is our forte. Our apps are really useful to visually-impaired people. On top of that, while we could rely on our app-writing teammates to iron out technical problems, Ho-yuen and I could concentrate on drumming up recognition and support from various sectors of the community. This was how synergy of our team’s efforts came into play,” he added.

The first taste of success further reinforced John’s determination to serve the community. He hopes that, in his line of work after graduation, he can help highlight the limitations and blind spots of social welfare so that public resources can be properly channelled for the benefit of those genuinely in need. 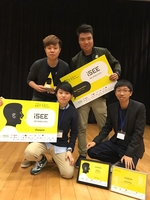