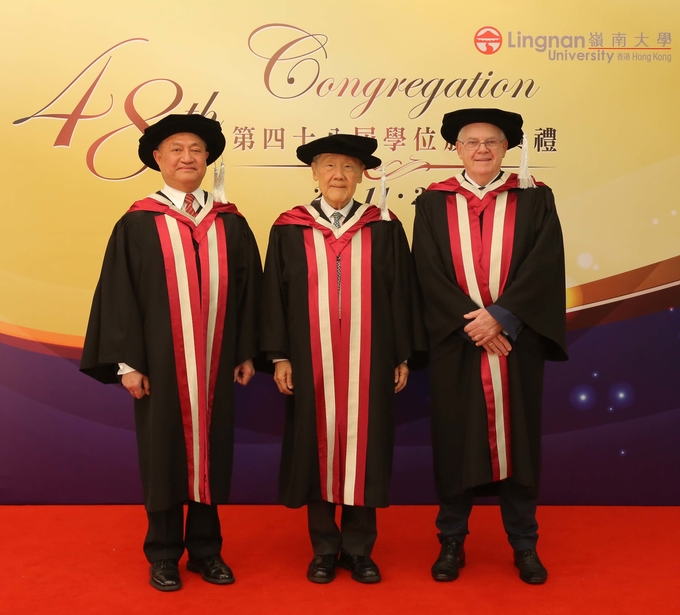 At the 48th Congregation on 23 November, Lingnan University conferred honorary doctorates upon three distinguished individuals in recognition of their outstanding achievements in their respective professions and valuable contributions to the well-being of society.  They include Dr Frank Law Sai-kit, Former Chairman of the Court of Lingnan University and leader in the dental industry who was conferred Doctor of Social Sciences honoris causa; Prof Simon Marginson, Professor of International Higher Education and Director of the Centre for Global Higher Education at the University College London who was conferred Doctor of Social Sciences honoris causa; and Prof Wang Gungwu, eminent historian in modern Chinese history and international authority on the history of the overseas Chinese who was conferred Doctor of Humanities honoris causa.

A total of about 1,100 students were also awarded bachelor’s degrees, postgraduate diplomas, master’s degrees and doctoral degrees at the 48th Congregation.

On behalf of all honorary graduates, Prof Wang Gungwu said in his address that it was their honour to have received the honour from Lingnan University.  He also talked about what he expects of the liberal arts today.  He shared his views on the relations between the humanities and the social sciences, and pointed out that “the divisions between humanities and social sciences and, for that matter, between both and the natural sciences, are becoming obstacles to understanding the world’s deeper needs. Many of the best scientists in the world are also aware that they need to cooperate and work with people educated in the liberal arts.”

Prof Wang also talked about the longstanding dichotomy of East and West.  “It ignores the fact that the world has been modernising fast.  Every society and culture has been adapting to common global challenges. Many of their experiences now deserve to be studied with sensitivity and care. To continue to talk only in terms of the divide between China and the West would be misleading and can create serious distortions in our understanding of what is really happening,” said Professor Wang.  He suggested that a new age of enlightenment is achievable only if we confront the realities of global proximity.  Universities like Lingnan can contribute much to that task by affirming their successes and take their rightful place at the high tables of human development.

In addressing the graduates, Prof Leonard K Cheng, President of Lingnan University said this year marks the 50th anniversary of Lingnan’s re-establishment in Hong Kong and that makes the class of 2017 special indeed.  “Lingnan, known for its proud tradition in liberal arts education, with its cross-disciplinary training, global orientation and student residence, must set an example for our peers: that we know the art of truth-seeking, dialogue and compromise,” said President Cheng.  He also wished graduates all the best of luck and every success in their future endeavours.

Please click here to read the citations of the honorary doctorates. 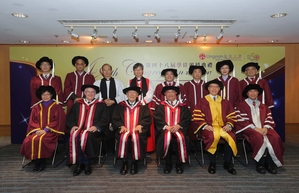 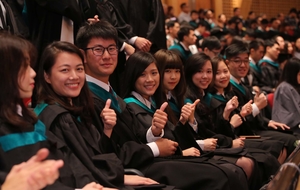