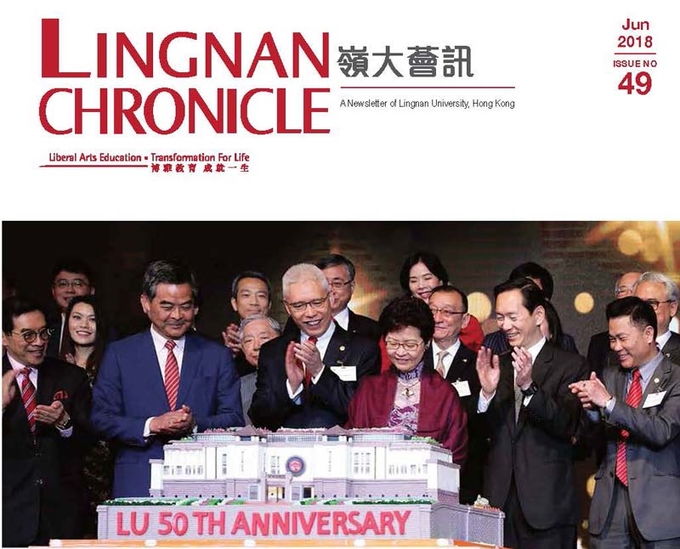 The latest issue of Lingnan Chronicle recaptures a series of celebratory events on Lingnan’s 50th Anniversary of re-establishment in Hong Kong in the second half of the academic year.

Outstanding research and knowledge transfer endeavours by Lingnan scholars are recognised by the University.  In this issue, Prof Sophia LAW Suk-Mun, Associate Professor of the Department of Visual Studies who has received the Knowledge Transfer Excellence Award this year illustrates how making art connects human to nature.  Besides, Prof CAI Zong-Qi, Lee Wing Tat Chair Professor of Chinese Literature and Director of the Centre for Humanities Research shares his editorial efforts on integrating Chinese and Western literary studies through a new journal.

Please click here for Issue No. 49 of Lingnan Chronicle. 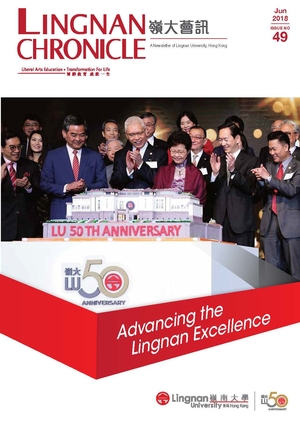