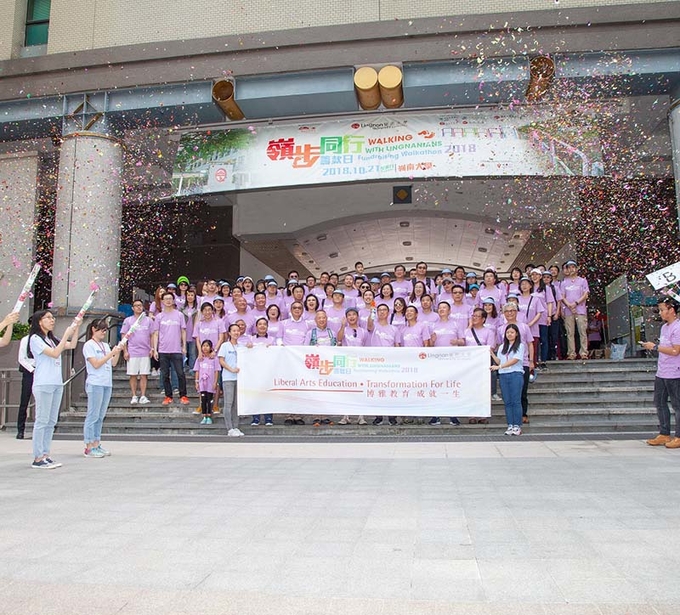 The annual  “Walking with Lingnanians” Fundraising Walkathon was held on 21 October with over a thousand students, teachers, alumni and friends of Lingnan participating in the event.  The donation raised in this event will support the University development and provide financial support to students in need, especially those being the first generation in their families who receive university education, to enjoy all-round student development programmes.

The event was honoured by the presence of Mr Kevin YEUNG Yun-Hung, JP, Secretary for Education of the HKSAR Government as the officiating guest.  Honourable guests and all other participants started the walk at Lingnan campus, and completed the 5km circle walk between the campus and Tuen Mun Riverside Park.

Awards were presented to top individuals and team fundraisers as well as teams with the highest number of participants, including:-

Awards for Teams with the Highest Number of Participants