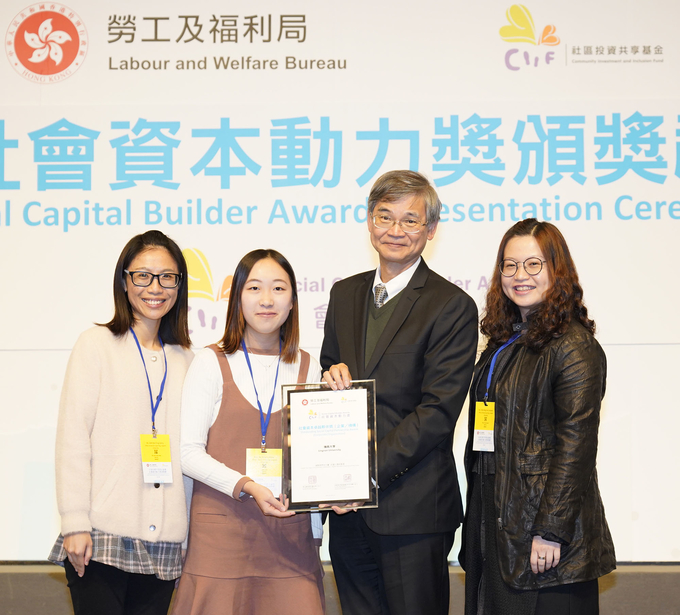 Lingnan University received the Outstanding Social Capital Partnership Award (Corporate/Organisation) and the Social Capital Builder Logo Award presented by the Community Investment and Inclusion Fund (CIIF), in recognition of Lingnan’s contributions to the community.  The Social Capital Builder Award Presentation Ceremony was held on 18 December at the Hong Kong Convention and Exhibition Centre.  Dr LAW Chi-Kwong, GBS, JP, Secretary for Labour and Welfare presented the awards to Lingnan’s student representative and staff from the Office of Service-Learning.

The biennial awards were presented to Lingnan University in recognition of its multiple community projects developed in collaboration with People Service Centre (PSC), the award nominator, since 2012.  Among the projects, “Community Food Inter-Net” started from 2017 is a case in point. The project utilised the concept of food-exchange to recruit a cohort of 50 grassroots women, whose talents and strengths were then assessed and identified by PSC and Lingnan University. They were then empowered to transfer their skills and knowledge, such as handcraft skills, to the community.  Some of them even evolved from beneficiaries into entrepreneurs, by setting up start-ups with handcraft training courses for university students and the public.  In the process, a mutual community support network was established, resulting in better social cohesiveness and accumulation of social capital.  Lingnan students, inspired by passionate women participating in the programme, also transformed into active change-makers for the society and developed resilience with innovative mindset.  This project has showcased how Service-Learning helps propagate university knowledge to society through collaborating with different stakeholders.

To share the impact of the above project with the public, as well as record the cheerful moments and hardships experienced by every participant, Lingnan students edited and put together different service stories in a book named Ten Yuanfen by Six Reporters. 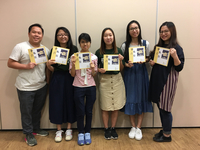 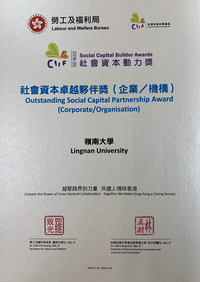 The Art of Szto Wai Exhibition