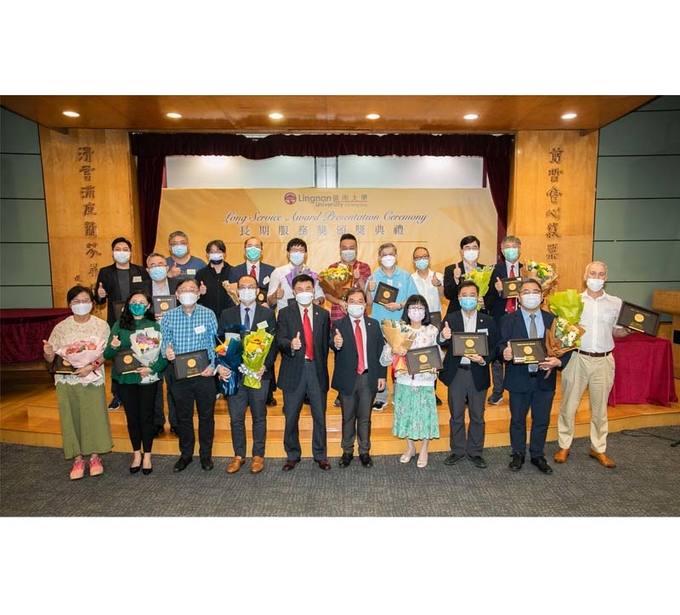 The University recently presented Long Service Awards to staff members who have worked here for 15, 20, 25, 30 and 35 years. This year there were 37 colleagues awarded.

Edmond Chan Cheong-wo from the Office of the Comptroller joined the Lingnan family 35 years ago, so he has witnessed Lingnan going from a tertiary institute to a university. “The most memorable thing is, when I first joined Lingnan College, which was still on Stubbs Road, it was actively preparing to upgrade to become a university. I still remember how hard all my colleagues worked then, and everyone was 100 per cent confident and focused on developing the university the way it is today,” he recalled. 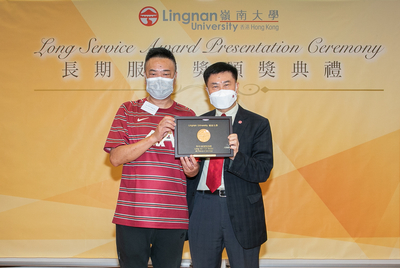 A football enthusiast, Edmond often played with colleagues and the school team, and he joined in the big gatherings and parties. He regards Lingnan as his second home. “In Lingnan, regardless of their position or job, everyone lives in harmony and treats others fairly -- like a big family. I hope this Lingnan spirit and friendship will continue to be passed on to each generation of Lingnanians.” Edmond thanked those who worked with him in Lingnan, both those present and those who have left, and said he hopes everyone can “cherish the present”. 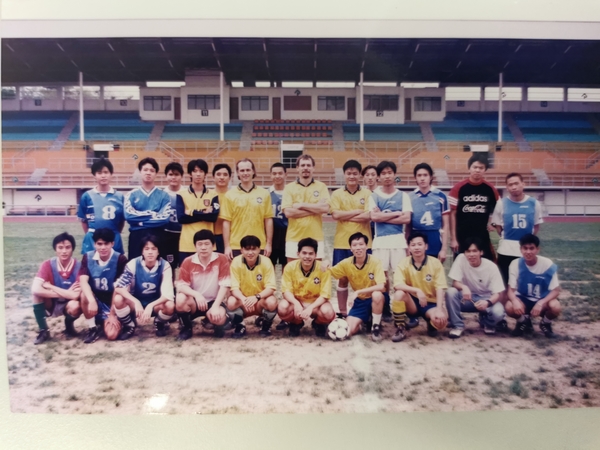 Prof Siu Oi-ling, Dean of the Faculty of Social Sciences and Lam Woo & Co Ltd Chair Professor of Applied Psychology, has also been with Lingnan for 35 years. Inspired by her teacher and her mother, a primary school teacher, she had aspired to be a teacher since she was a child. When she had almost completed her master’s degree, she joined Lingnan as an assistant lecturer.

Prof Siu is grateful that her conscientiousness and diligent attitude have inspired students to study and engage in research.

Looking back on her academic career, Prof Siu believes she was very fortunate to have found the research field -- occupational stress -- that interests her the most and in which she excels. In addition to co-authoring papers with a number of internationally renowned scholars, she is also an editor of an international academic journal. Recently, Prof Siu was ranked in the World’s Top 2% Scientists by Stanford and was named 23rd in Top Scientists in China in Psychology by Research.com. 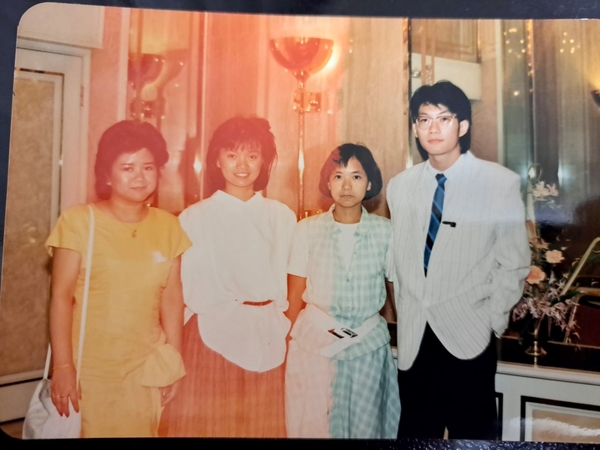 Prof Siu says that today’s students are more creative than previous generations. “In the past, students often only followed teachers’ instructions to find information and study, but now there are a lot of changes, which is actually a good thing, because they are more creative, always finding new ways to make presentations.” She is grateful that her conscientiousness and diligent attitude have inspired students to study and engage in research. Some students have even followed in her footsteps, and become psychologists or scholars themselves. “Every Chinese New Year, several old students call me with New Year’s greetings, which makes me very satisfied.” In fact, Prof Siu, who believes in “drinking water and thinking of the source”, still keeps in touch with her own secondary school teachers and serving the school as its council member.

For Prof Lee Hung-kai, a Professor of Chinese who joined Lingnan in 1991, the development of the Lingnan hostels and residential education matter most. “At first, our hostel was temporarily located in the barracks in So Kwun Wat, far away from the campus. When we moved here in 1995, there were six hostel buildings in the south and north quarters of the campus. Today we have 10. I am very happy to have been involved in and to have contributed to this,” said Prof Lee, who has been warden of two hostels and Associate Vice-President (Student Affairs) of LU. 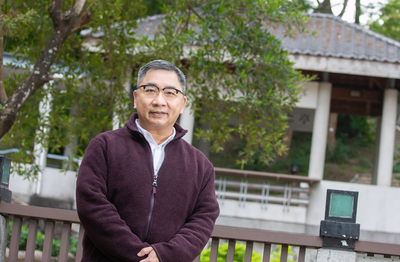 Prof Lee believes that residential education is an important part of a liberal arts education. “Hostel life allows students to learn communication skills, and how to get along with their peers, as well as problem-solving skills. Because many children have always been protected by their families, when they move away from home and face difficulties, they have to learn how to solve them. The hostel life also makes them more considerate, and allows them to meet students from all over the world, thus broadening their horizons.” He regards Tim Lau, a 2004 graduate of the Chinese Department, who has become an excellent wedding planner and emcee, as a role model honed by Lingnan’s residential and entire liberal arts education.

Prof Lee believes that the influence of teachers on students is not necessarily only academic.

Ancient Chinese writer Han Yu’s view that a teacher is someone who “transmits knowledge, provides for study and dispels confusion” has been at the centre of Prof Lee’s teaching philosophy. “The influence of teachers on students is not necessarily only academic. In many cases, students may not know which path to follow. It is important to inspire and guide them through engagements and interactions. If they can develop certain interests and hobbies under my influence, and if such interests contribute to the growth of their personalities and characters, then they are successful.”

Associate Vice-President (Projects) and Professor at Department of Marketing and International Business Prof Lui Hon-Kwong worked in business and the government before joining Lingnan. After doing research while studying for his master’s degree, he resolutely decided to give up his highly paid job, and has now been with LU for 30 years, concentrating on research and education. “The satisfaction of doing research is far greater than money. As a scholar regardless of rank, everyone can communicate and exchange ideas. It is a great satisfaction to have your research published in journals or monographs and kept in libraries.” Included in his prodigious output, the book he co-authored with a former Federal Reserve chairman, and work mentioned in the reading lists of overseas and local universities are what Prof Lui considers his greatest achievements. 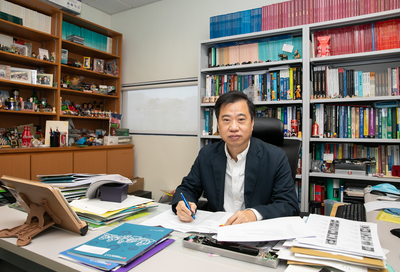 Prof Lui worked in business and the government before joining Lingnan.

In teaching, Prof Lui attaches great importance to developing students’ critical thinking. “My classes have debate and presentation sessions, and I arrange topics for students to research for group discussions. It doesn’t matter if their answer is ‘right’ or ‘wrong’; the most important thing is to show them how to learn to collect and summarise information and materials by themselves, and then express their opinions. It is difficult to judge right or wrong, because what may be wrong today may be right in ten years’ time. But the practice of collecting information, analysing it, and making a rational judgment can always be applied in their future studies and careers.”

Over the years, Prof Lui has paid more attention to students who have problems with their studies. “The truth is, good or bad grades only apply to academia, and the most important thing for me is to teach them as people. I spend more energy taking care of students who have problems, hoping to help them to shape a brighter future. This is what other professions cannot achieve. When you see them graduate and receive their greeting emails, you are very satisfied.”

Prof Lui (1st from right) insists that the practice of collecting information, analysing it, and making a rational judgment can always be applied in students' careers.

Over the past 30 years, Prof Lui has witnessed the transformation of Lingnan from a teaching-focused tertiary institution into a university that offers quality teaching, research and social impact. And Prof Lui himself has spent less time on research and teaching and more on administrative work due to changing roles and responsibilities. “I hope I can leave more ‘footprints’ at Lingnan University, and make more contributions before I retire,” he said.