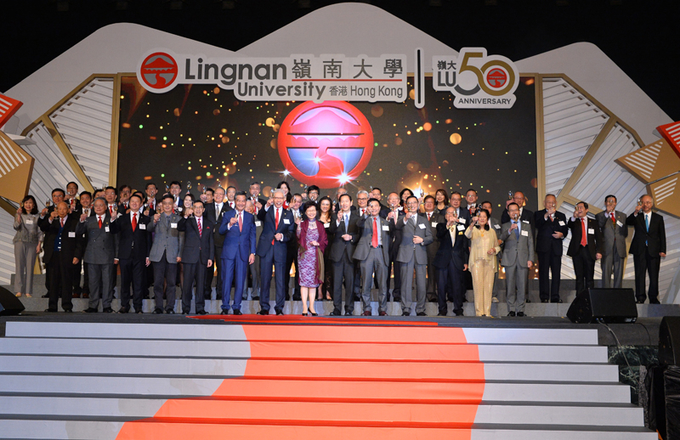 About 1,400 guests including Lingnan University’s supporters and friends from different sectors, staff, alumni and students joined the Lingnan University 50th Anniversary in Hong Kong Celebration Banquet held on 20 January at the Grand Hall of the Hong Kong Convention and Exhibition Centre.

The joyful occasion, which is one of the signature events organised by Lingnan University in celebration of the 50th Anniversary of its re-establishment in Hong Kong, was graced by the presence of The Hon Mrs Carrie Lam Cheng Yuet-ngor, Chief Executive of the Hong Kong Special Administrative Region as Guest of Honour.

In his welcoming remarks, Mr Rex Auyeung Pak-kuen, Chairman of the Council of Lingnan University said, “today we are celebrating the 130th anniversary of the founding of Lingnan’s original incarnation, the Christian College in China located in Guangzhou, and the 50th anniversary of Lingnan University’s re-establishment in Hong Kong.  Over its 130-year history, Lingnan has undergone many changes, each time adapting to society’s changing needs and circumstances, and above all, unafraid to lead the way as we see it.”

Prof Leonard K Cheng, President of Lingnan University pointed out in his address that after its re-establishment in Hong Kong, Lingnan carried on its fine Guangzhou legacy, providing a highly international learning environment for students for cross-cultural learning.  Thus, the University’s roots may be local, but its orientation is definitely global.

“In just five decades, our footprint in Hong Kong has grown, with our alumni numbering 26,000, who make significant contributions to different sectors in society, each of whom no doubt has his or her own story to tell.  Although we are small in size, we strive to be big in impact,” said President Cheng.

After the cake cutting ceremony joined by Mrs Carrie Lam Cheng Yuet-ngor, Chief Executive of the HKSAR, The Hon C Y Leung, Former Chief Executive of the HKSAR, The Hon Bernard Charnwut Chan, Convenor of the Non-official Members of the Executive Council, Mr Kevin Yeung Yun-hung, Secretary for Education, Mr Carlson Tong, Chairman of the University Grants Committee, Mr Rex Auyeung Pak-kuen, Chairman of the Council of Lingnan University, Prof Leonard K Cheng, President of Lingnan University, Dr Lee Shiu and Dr Jennie Lee, Co-Chair of 50th Anniversary Honorary Fundraising Campaign Committee and other guests, the banquet featured a number of performances showing the long-standing solidarity and affection of the Lingnan family.  They include performances by the Lingnan Choir comprising about 130 students from all levels of Lingnan schools – day nurseries, kindergartens, primary and secondary schools, and university – as well as alumni of Lingnan University; a String Quintet formed by Lingnan University’s staff, alumni and students; and a Drum Show by the University’s alumni and students.

Please click here for snapshots of this spectacular event. 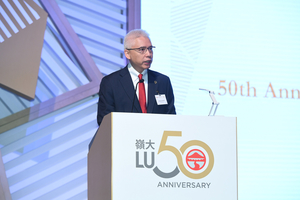 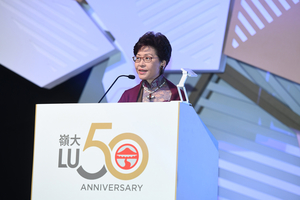 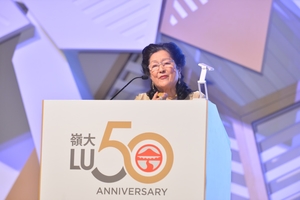 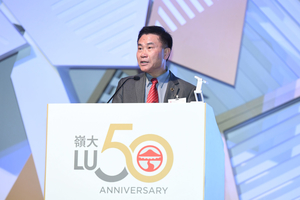 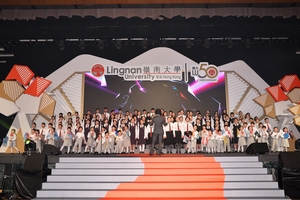 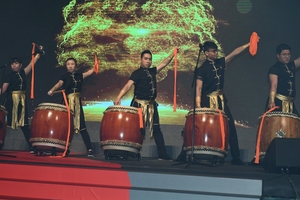 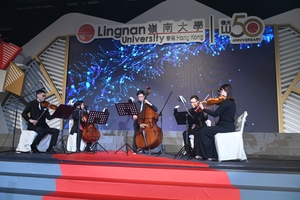 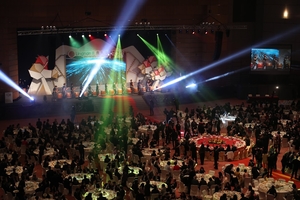 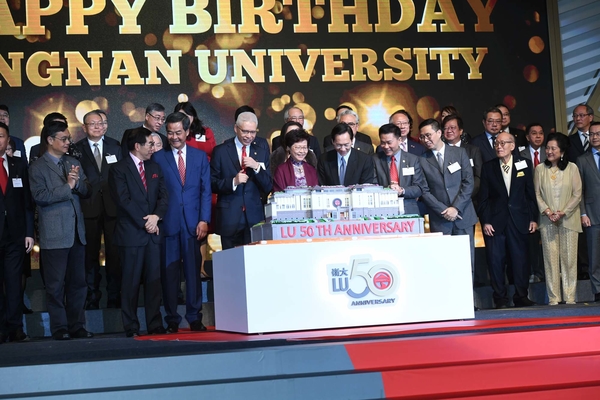