Exhibition of artworks by SZTO Wai, former principal and father of Lingnan’s logo 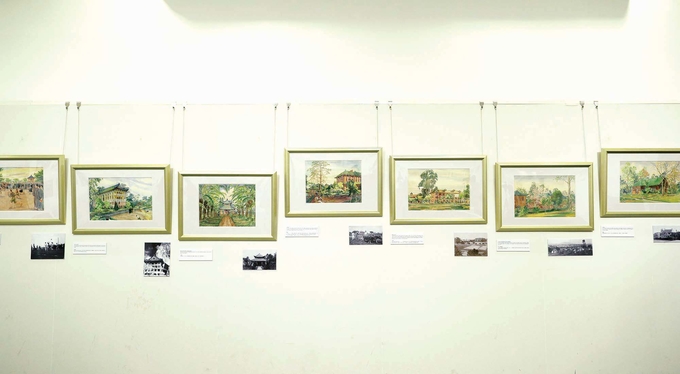 In memory of the late Mr SZTO Wai’s contribution to Lingnan, the University organised the The Art of Szto Wai Exhibition from 16 to 20 January at Hong Kong Central Library and invited generations of Lingnanians to attend the exhibition. Over 50 paintings under Mr SZTO Wai’s exquisite artistry were showcased. The 5-day exhibition was open to general public.

Mr SZTO Wai, one of key leaders of Lingnan, devoted his life not only to education, but also to art. He was particularly passionate about watercolour paintings, and used the campuses of Lingnan as major subjects of his artworks, which served to document Lingnan during the Sino-Japanese War in the 1930s and 40s.

The University is honoured to have well archived a collection of Mr SZTO Wai’s paintings, some of which have never been exhibited before. In addition, the University has compiled the works showcased at the exhibition into a painting catalogue The Art of Szto Wai: The Spirit of Red and Grey to perpetuate the Lingnan Spirit.

In his remarks, President Leonard K CHENG thanked Lingnanians for donating or lending the artworks of Mr SZTO Wai and their efforts on the organising the exhibition. President Cheng mentioned that Mr Szto was a renowned educator who established branch campuses of Lingnan’s secondary and primary schools in locations including Guangzhou, Shanghai, Hong Kong and Vietnam. During the Sino-Japanese War, Mr Szto fled with students and faculty to Shiukwan to continue his education, and was highly respected by students and teachers alike.

President Cheng also regarded Mr Szto as an outstanding artist who designed the Lingnan logo that symbolises loyalty and perseverance, the qualities of the Lingnan Spirit.

Please click HERE to view the event photos or HERE to review the highlight moments at the Opening Ceremony of The Art of Szto Wai Exhibition.

Prof Simon LI’s keynote talk at Hospital Authority: errors should not be viewed as faults of men