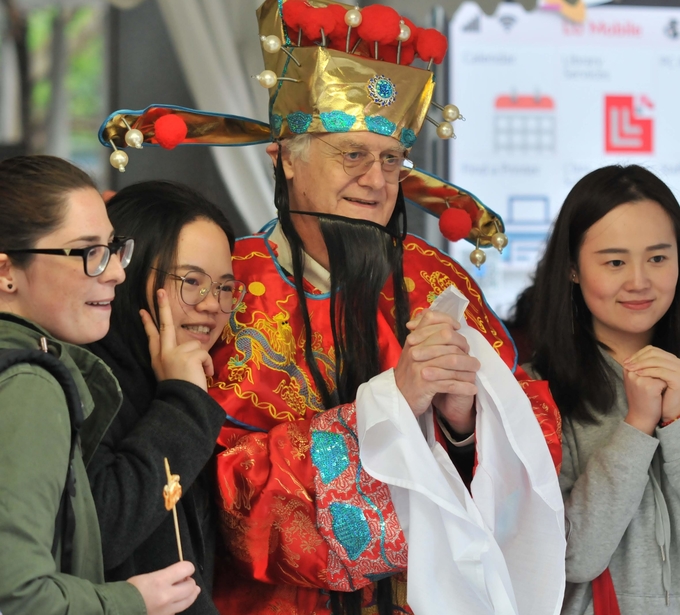 To celebrate the Year of the Pig, the Student Services Centre and the Office of Global Education co-organised the Lantern Legend 2019 on 18 February, an annual carnival that fills the campus with festive Lunar New Year atmosphere. The celebratory occasion also serves as a platform for non-local staff and students to experience the Chinese traditional culture on Lingnan’s multicultural campus.

Besides, 16 booths on handicrafts, food and games were set up by local and non-local students, elderly students, staff members and some cultural organisations. They served Lunar New Year snacks and dishes from different countries, made handicraft products and demonstrated the Peking Opera costumes and face painting.

In late January, students gathered at the New Year booths arranged by the Student Services Centre at the Skylight to write Chinese “Fai Chun” and learn about Chinese papercutting. Although the non-local students were new to Chinese folk arts, they enjoyed learning Chinese calligraphy to write fortune blessings on red papers and cutting their first-ever decorations for Lunar New Year.

Signing of Memorandum of Understanding of Insurance Internship Programme